Boy vs Girl: Which Did YOU Want?

Boy vs Girl: Which Did YOU Want?

A week or so ago on The View, a conversation was sparked by a Gallup Poll given to parents – to -be.  The question was regarding the sex of their unborn children.

They asked if they preferred a boy, girl, or either one.

The conversation went on to discuss what the ladies had preferred when they were expecting. 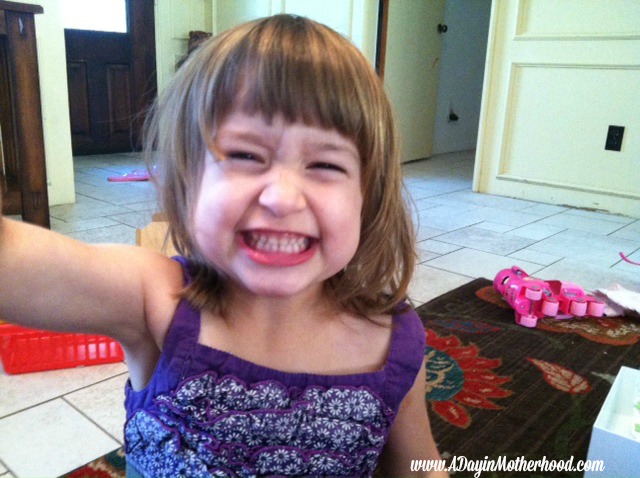 I was amazed because I wanted girls.  I admit it.  And with all three pregnancies, I had convinced myself I was having a boy.  So much so that I actually mourned the loss of a boy a few days after I ecstatically  learned I was having my oldest, Katie.

I wanted a girl but I had prepared so much for a boy that I think I actually felt sad that I was not having one.

But for my next two pregnancies, I still wanted girls.  I don’t know why.  I love little boys and the way they play and love their moms.  But I wanted a house full of girls.

I now have that and wonder about my sanity at all times.

But what startles me about the poll is that almost every woman I know also says she wanted a girl.  Even if they had all boys, they still wanted -and have tried -for girls.

Now, I do have some friends, much wiser than me, that only wanted boys.  One of themactially cried for weeks when she found out she was having a girl.  She feared the emotional strain that girls might bring.

But they are much fewer and further between that those who wanted girls.  And I do not think I know anyone who did not have a preference.  At least not “in private”.

The ladies went on to talk about which was easier to raise and the answer was clearly in the favor of boys.  Little boys were loyal to their mothers and though physically exhausting, were easier to handle on a discipline and emotional level.

Girls were mentally exhausting, the panel thought.  Manipulative and hard on their mothers.  Even the woman that had girls thought that their boys were easier to raise than their girls.

Well then… I am royally up a creek without testosterone in sight.

And I do not do well with tears and emotions.

But it is what I preferred.  What I dreamed my family to be.  I do not know what I would do with a boy.  I can’t explain it.

So, I wonder.  Was the result of the gallup poll swayed by some sort of social belief that a boy should be born to a family?  Or could the mates desire to have a son have swayed the woman into, like me, really thinking I was having a boy?

Or is it really common knowledge that girls are so much harder to raise than boys that people just prefer what is easiest?  And less expensive.  And less dramatic.

And I just missed that message somewhere along the way?  Totally plausible, by the way!

Leave a comment and let me know if the poll is right!