Parenting is challenging. Challenging like trying to put my feet behind my head with three children on my lap challenging.

Right now, I am in a mental battle with myself and a “Stop doing ________!” battle with the kids.  Not over regular discipline issues -they seem to be sparing me at the moment, thank goodness – but over habits that I see developing that are driving me C R A Z Y! 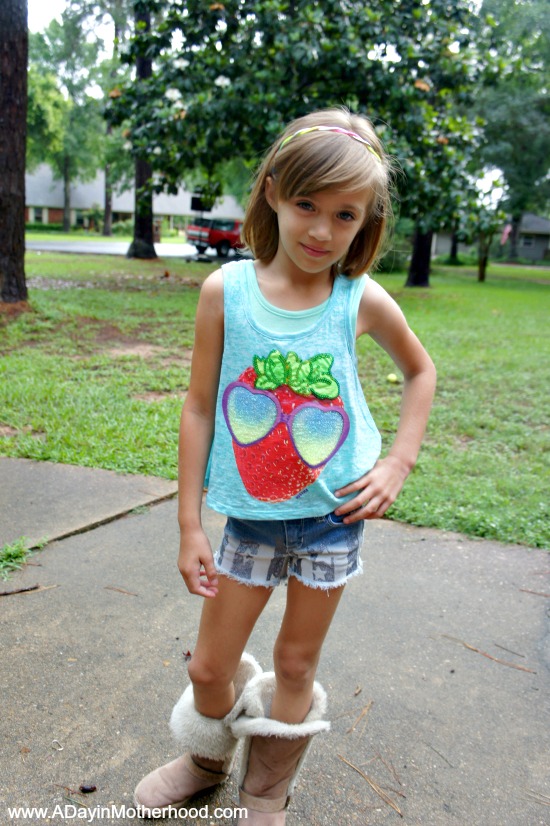 Now I realize that by even posting this I am a hypocrite because a lot of them I do myself or did do at one time.  And they are all PG.  My kids are little, after all.  But none the less, I can not help but cringe as if someone were rubbing a cactus against a tin can whenever I see them do it.

Let’s start with Katie.  She is the oldest and always wants to go first so we’ll let her!  She has some really irritating habits that I just know we will fight about for years to come!

She bites her nails.  Down to the stub, sometimes causing them to bleed, always causing them to look terrible.  I have tried nail polish, taking her to the nail salon, threats, unpleasant tastes on her hands.  Nothing works and it drives me mad!

The other thing she does… and this is really odd…  is eats the sparkles and sequence off her shirts!  Yes, I know!  So weird, right?  I don’t get it.  She gets these pretty shirts with sparkles and decor that she loves and then she proceeds to eat them off her shirt leaving unsighlty holes and ruining her “favorite” shirts!

No amount of discussion seems to make a dent on her bad habits.  But I worry, especially about the second one, that she could really make herself sick.

Sarah and Megan’s bad habits are still emerging.  Telling me no and whining for absolutely every single thing they want is to be expected at this stage.  And although Megan has gotten to where she mooooms me every chance she gets, I see her growing out of that.

And all three have been cold busted hunting for treasures in their noses.

But Katie’s emerging habits, possibly some that could become permanent, bother me.

How important in the grand scheme of things are bad habits in kids?  I have always heard that if they are not hurting themselves or others then let it go.  Let them grow up with manners and kindness and happiness.

And stubby nails and holey shirts.

Do you think that is true?  That picking your battles means letting them do things that are unsightly and maybe does not present them in the best light, but won’t change the course of their learning?

What bad habits to you let go?  Which ones do you try to work on?  And at the end of the day, does it really matter?