**I was a guest of Sony for the Angry Bird Junket in Maui, Hawaii. All opinions are my own.** 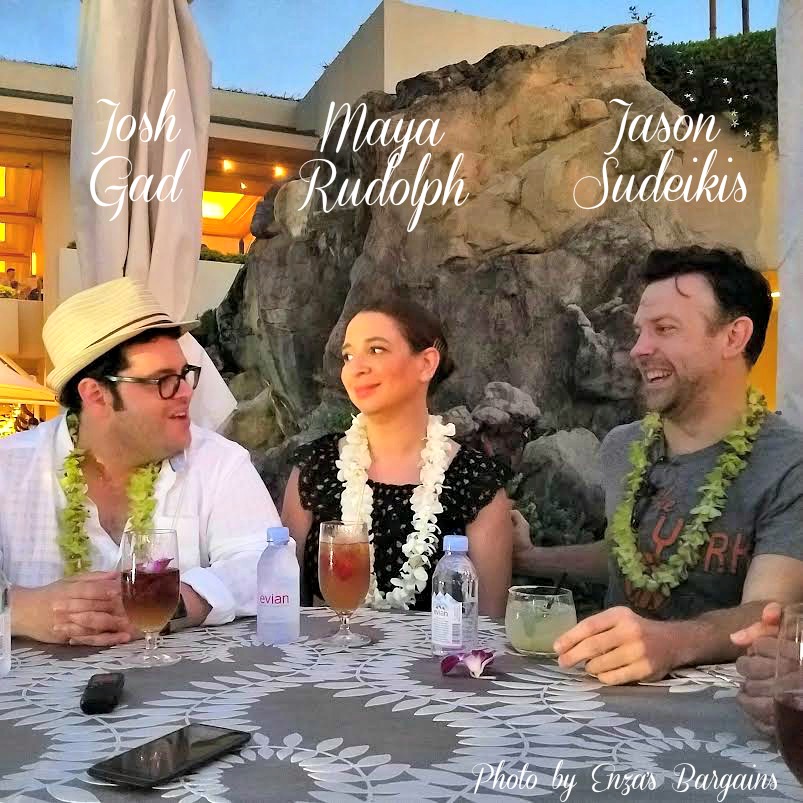 My first question to the cast of The Angry Birds Movie, hitting theaters May 20, 2016, was, ‘What did you think when you were asked to voice the birds?’ Josh Gad, with his fun loving personality fully on display, said, ‘I had three concerns. Angry. Birds. and Movie.’ That started off one of the most fun cast interviews I have ever had with Mr. Gad, Maya Rudolph and Jason Sudeikis. 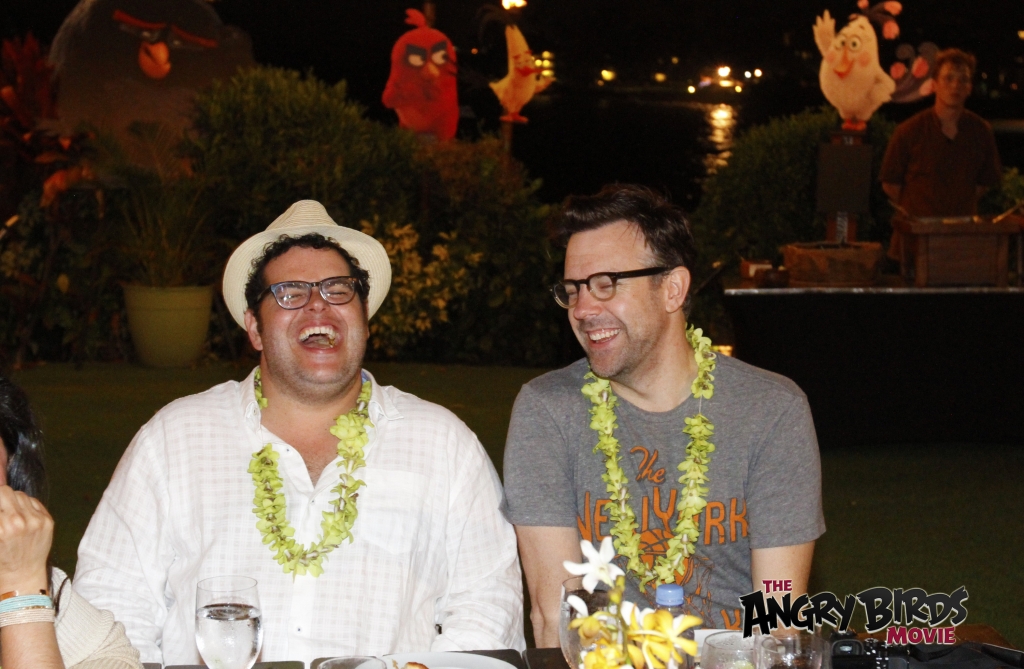 Playing the part of Red, the angry bird who enters Anger Management classes after yet another outburst on the island, Jason Sudeikis brought his characters charm to the table. With a ready smile and an enthusiasm for the movie and the fun of playing Red, his eyes shown with excitement as he talked about being able to show his son this movie: “It’s his first movie. I went to watch it with him and he sat on my lap.  It was great!  He sat there the whole time.  It was the best!  His legs are short enough now that they fit on my entire thigh.  He was crossing his legs like I’m his barcalounger.  I’m just like ‘yeah man, that’s alright’.” 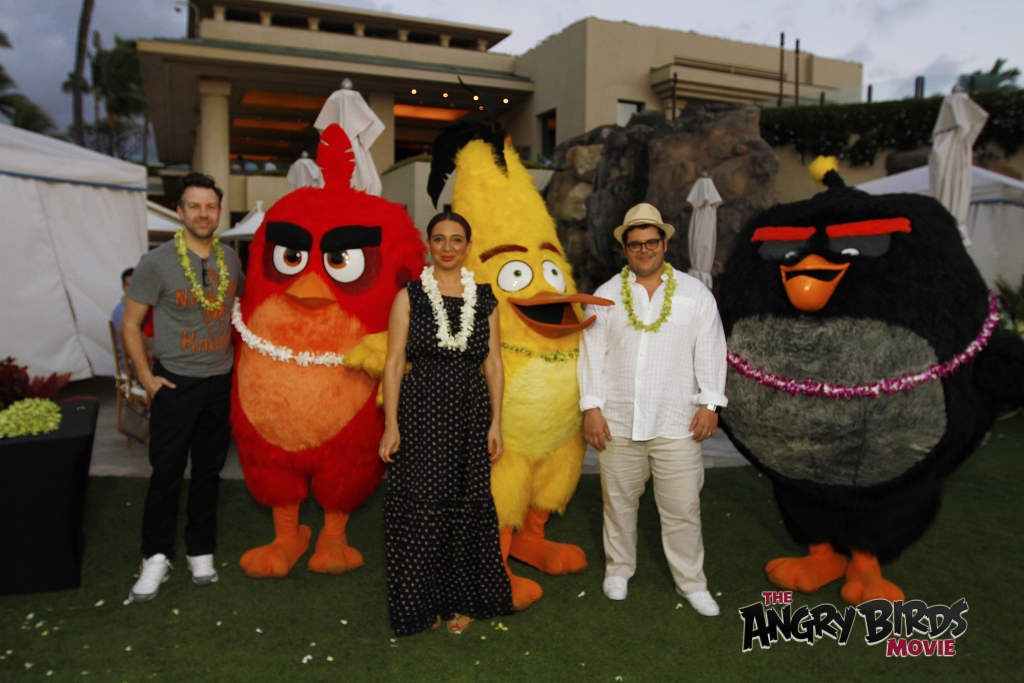 May Rudolph, who plays Matilda, the Anger Management class leader with a hidden talent that you will learn when you see the movie, is a charming and down to Earth woman. The mom of four loves the final product of the move. When asked how she deals with anger with her kids at home, she stated: ‘We were talking about this earlier and in my son’s preschool they have been teaching them to ‘take a breath’.  They teach them ‘smell the flowers’ for the inhale and ‘blow out the candles’ is for the exhale and they totally love to do it!” 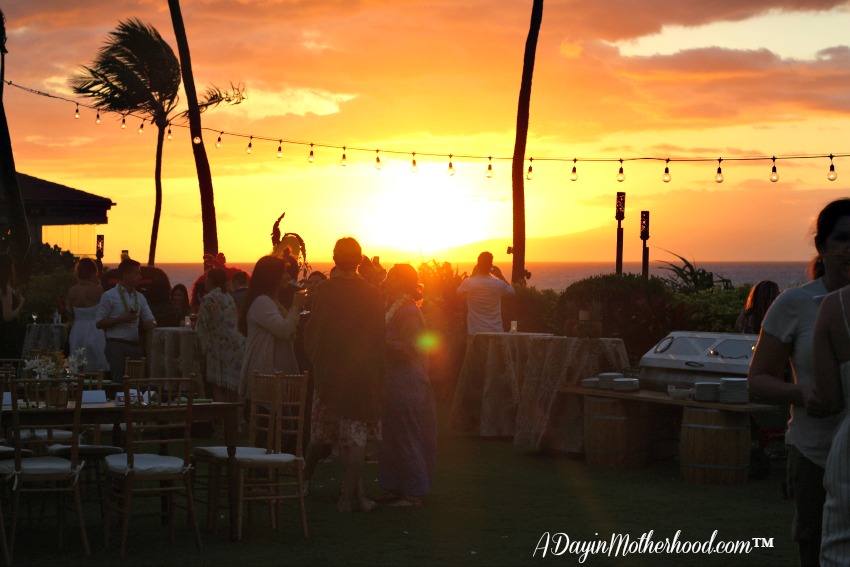 Josh Gad is known for a certain part that requires him to be cold all the time. But in The Angry Birds Movie, he drives home that he is more than that character. The talent to be able to act in another, soon to be award winning, animated film and make you see him as the hilarious Chuck, is a talent few possess anymore. While he was concerned about voicing a character that came from a popular app, a talk with the producer eased his mind: “John Cohen, the producer, showed me this incredible presentation that sold us immediately!  Because the movie was so much more than just a mobile app adaptation and from that point I was like ‘this sounds great!’ and the cast was incredible!” 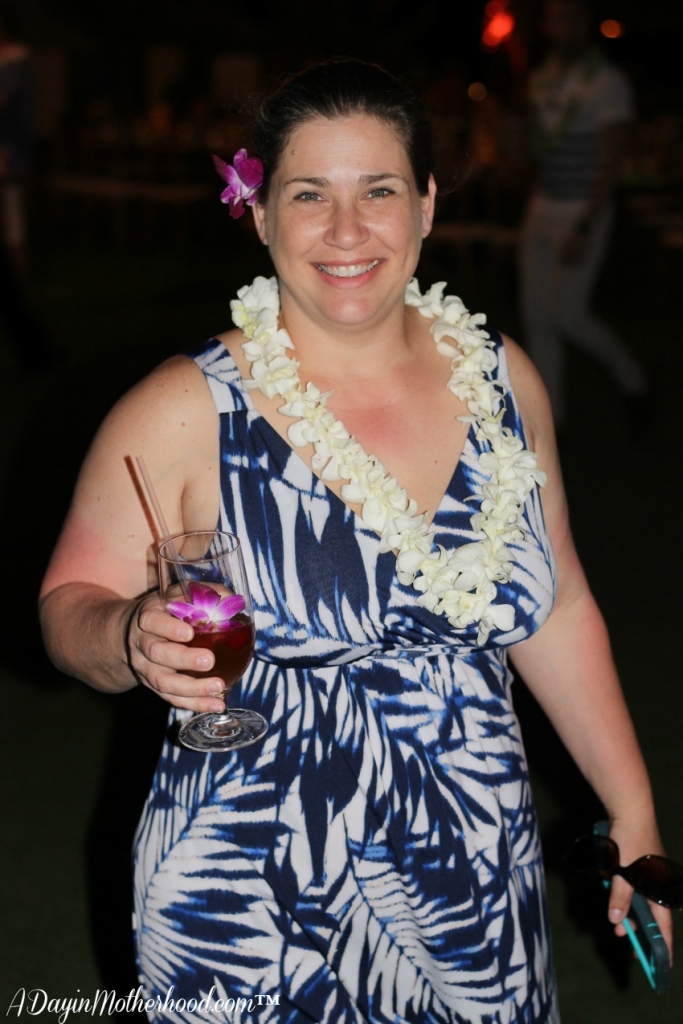 The 15 minute interview went way too quickly and it felt like we just laughed the whole time. As the trio whose voices make this movie went onto another table, I walked into a Luau set against the Hawaiian sunset. Complete with traditional Hawaiian food and MaiTai’s, I stepped into an evening of amazing fun and entertainment by the Manuteanuie dancers. An incredibly talented team of Hawaiian dancers, singers and even fire dancers help my attention from start to finish. If you ever get to Hawaii and need the best entertainment the island offers, look them up.

After that performance, I had to have my photo with the dance crew of @manuteanuie – seriously – amazing performance on the grounds at the Four Seasons Maui!! #fsmaui #AlohaAngryBirds #angrybirdsmovie

The Angry Birds Movie hits theaters this Friday, May 20th and will be a family film you will all love. There is plenty for the kids, humor for adults and a story line that is never boring!

I can walk upright…. Sometimes!! Lol. The @manuteanuie was amazing all around! For more videos and posts from the Hawaii #luau last night, click ADayinMotherhood or an Facebook at A Day in Motherhood!! :) #AlohaAngryBirds #angrybirdsmovie

Be sure to see the trailer of The Angry Birds Movie now!