There are a lot of really wonderful things in this world. A lot of joy. A lot of laughter. A lot of miraculous events. If I focus on that, I can get up in the morning, smile at my three little miracles and I can make their day pretty amazing. We can walk out of our house, surrounded by 100 year old pine and oak trees, run into neighbors that we love and cherish and shush our three exuberant dogs that all needed some special love when we got them. Life is good. Life is really, really good. But I still feel like I owe an apology to my children. 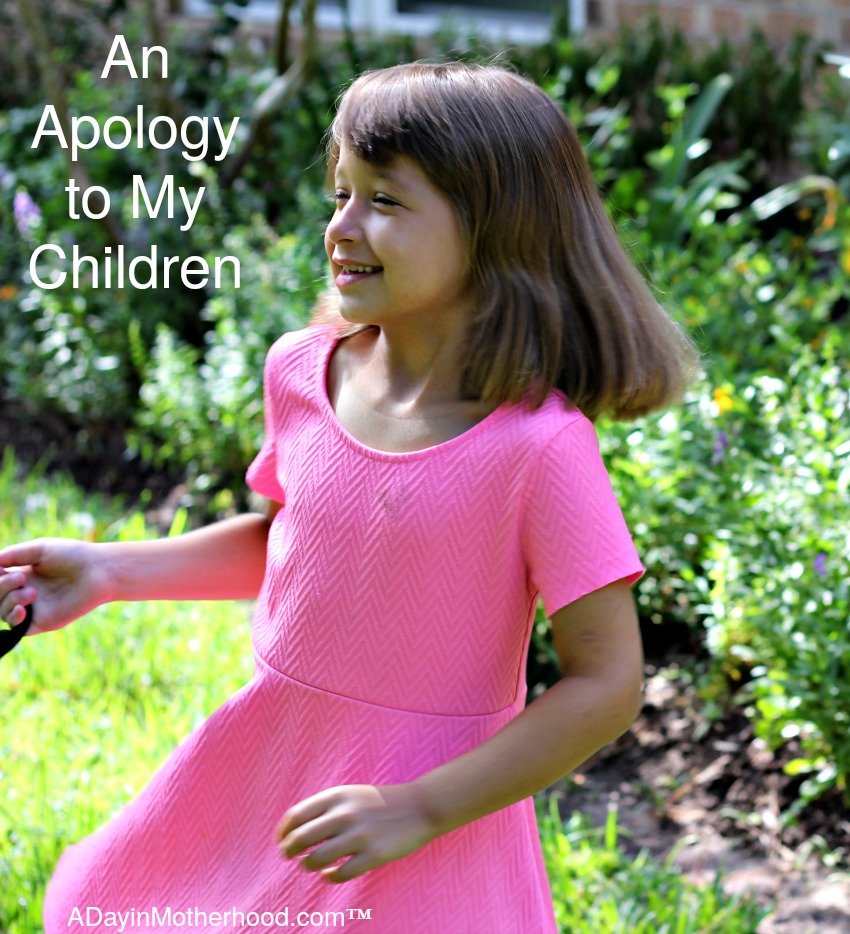 I turn on the TV and there is breaking news. Or I log onto my computer to work and the viral headlines capture my attention. Murder in Orlando. Massacre in Nice, France, black men dead with no real reason. Police officers being killed… 5 in Dallas then 3 in Baton Rouge. So much shocking and disturbing news that the smaller stories of hatred, murder and destruction don’t even make the news. They just run non-stop along the bottom of the screen. Almost forgotten in the details of the most shocking reports. I don’t see an end in sight. I really don’t. Even as a positive person who can see the beauty in a wilted flower in my front yard. I can’t see the end to this. 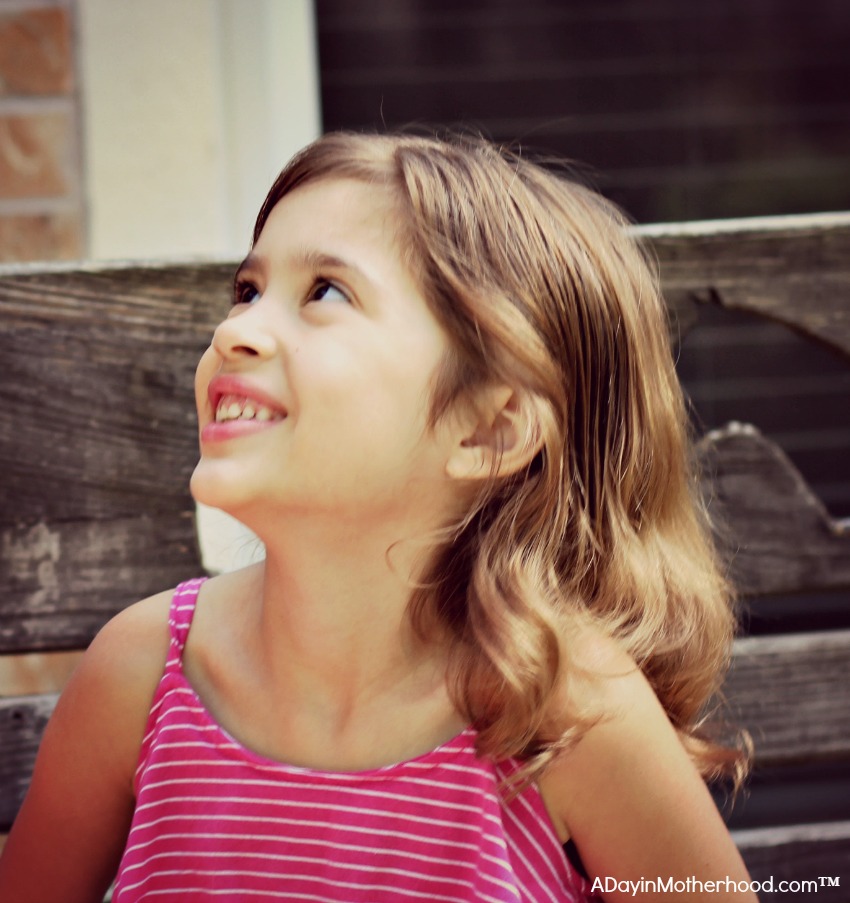 Now I worry that when I take them to the mall or to the latest kid’s movie that the kid with the backpack in front of us will stand up and spray the audience with bullets. Just last week in a movie I found myself planning how I would lay over three children with bullets flying if I had to. No person should ever think these thoughts. But there is so much going on now that there are a lot of thoughts people should not be having.

Because I worry so much about things I shouldn’t have to, about things my parents did not have to worry about, I feel I owe my children an apology. An apology for leaving them a world where going to a fireworks show may be their last event on earth.

I want to apologize that my generation failed them in eradicating racism. That an entire generation of educated, intelligent people did not work hard enough to make the people around them see everyone as equal. That segregation ended 50 years ago and yet people still classify others by the color of their skin. That we have a black president and people still talk about him in derogatory terms. That there are people out there that truly believe that they are better than others simply because they had the ‘assumed privileged’ of  being born white. That mothers have to send their black children off to school knowing they may not come home. Say what you will about races, class and education levels. NO HUMAN deserves to be devalued. Period. It sickens me that my generation not only did not improve the situation for my kids, but we even seemed to have made it worse. 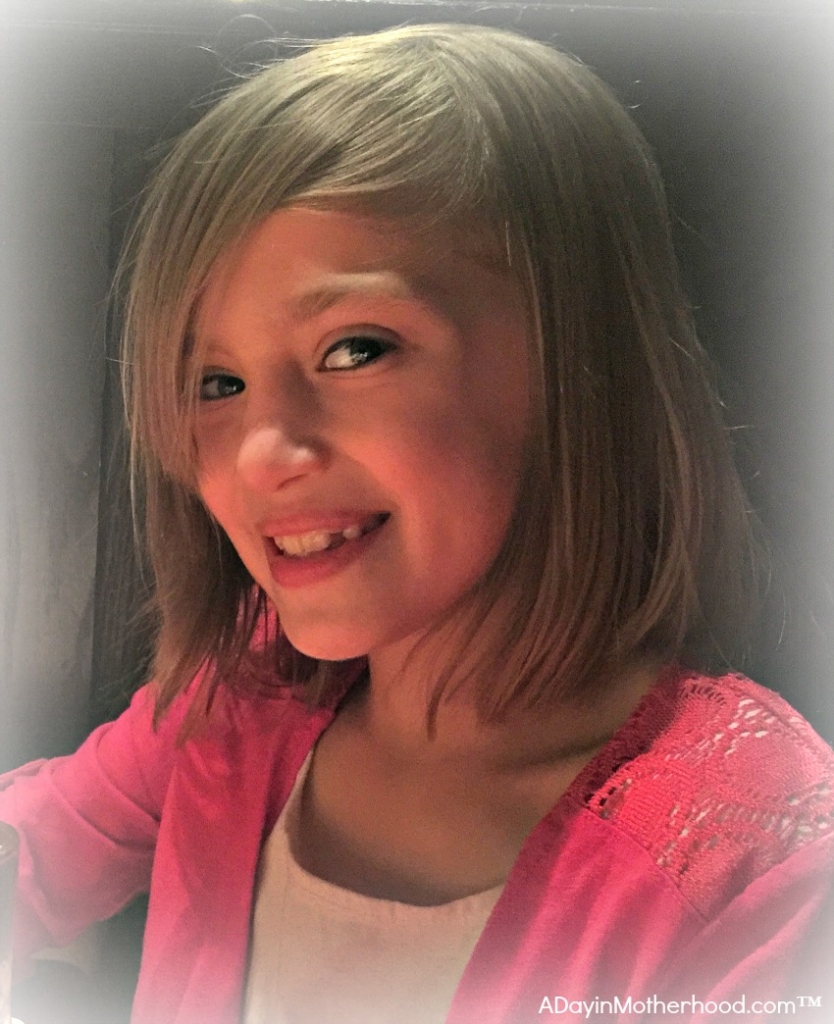 I want to apologize to my kids for letting hatred spill into the streets of the entire world and for allowing terrorist groups to murder thousands of people. That they know who ISIS is and ask if ISIS is going to blow up our neighborhood as they have so many others around the world. That because allowing people to believe and live and love the way they want to, to honor the religion they want, is so horrendous to some that many others have to suffer. That we did not do enough to spread love. That we are more worried about political correctness and policy than protecting the men, women and children everywhere who just want to go to work, come home and live their lives. That we are so busy sending prayers that we are doing little else.

I want to apologize to my kids that the people we have put in positions of power are abusing it. That in the coming year we will elect someone who neither deserves, nor has rightly earned the highest office in the land based their morals and respect for the American people and our values. They have gotten there because we still allow special interest groups and the top 1% of the richest people in the country to manipulate the system to push their candidate forward. I apologize that this will be the first election I have voted in where neither choice will give me confidence that any of our issues will be dealt with adequately. I apologize that when this president’s photo is placed on classroom walls around the country, you won’t be able to look at it with pride.

And lastly, my loves, I apologize to you for not being the kind of mother who can raise you in pure darkness and oblivion as to what is happening in the world. So many have said I should. But though I don’t tell you everything and I strive daily to give you best childhood possible, I don’t want to hand a world full of hatred, racism, sexism, bigotry and terror over to you without your being prepared. 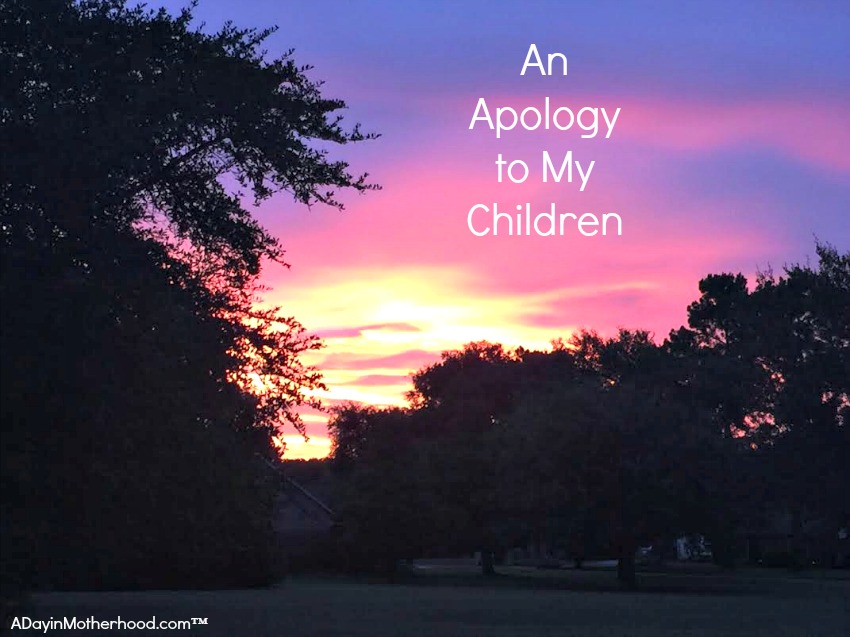 I would like to think that we can solve these issues before we hand this world run by the latest naked social media star and attention seekers to our children. But I don’t think we will. We can’t even send our police officers off to work and know with certainty that those that protect us will be protected. We can’t plan a vacation overseas without worrying that something will happen to the plane or on the beach as we soak up the rays. We can’t even send our children to school knowing they are totally safe.

So as I put my kids in the car to hit the water park and the zoo and the other adventures I want them to experience in their childhood, I feel a pang of guilt. Because the mess we seem to be creating to hand to them is shameful. For that, I feel deep sorrow.