Over the weekend a horrific story of child abuse came out of Pennsylvania that broke my heart, angered me beyond anger and made me want to move to make vigilantism legal. See the story: 3-year old hung up and beaten to death for not eating his breakfast. The husband (Gary Fellenbaum), wife (Amber Fellenbaum and the husband’s girlfriend (Jillian Tait) all lived in the trailer with a 6 year old, 3 year old Scott McMillan and an 11 month old.  Scotty was the girlfriends 3 year old son. 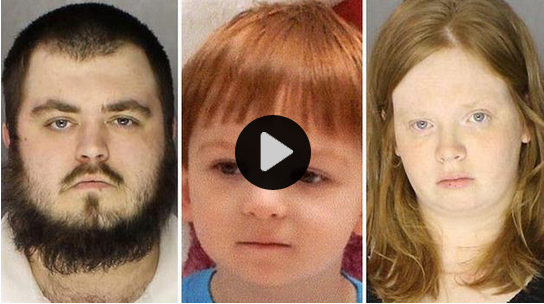 The wife, who was in the home during the weeks of torture of the boy, was only charged with child endangerment. While her husband and girlfriend beat the girlfriend’s little boy with homemade weapons, tied him up, created puncture wounds to his body and face and basically treated him as if he were not human, lay dying in her home.

Hogan said, “Little Scotty McMillan is dead. Over a three day period … he was systematically tortured and beaten to death. He was punched in the face and in the stomach. He was scourged with a homemade whip. He was lashed with a metal rod. He was tied to a chair and beaten. He was tied upside down by his feet and beaten. His head was smashed through a wall.”

“Our ER nurses see a lot of terrible things. But when they saw his body, they wept,” Hogan said.

I, for one, think all three adults in that house should be charged with Capital Murder! There is NO EXCUSE for this type of treatment of a child at any time by anyone. I could care less if the mother was scared of the violent boyfriend or if they were even on drugs – which they were not (or it has not been reported) – there is no real  mother in the world that would allow this to happen.  EVER!

I see the mother as just as willing a participant as the other adults inflicting the torture.

Tait allegedly told police that Fellenbaum beat her 6 and 3-year-old boys on a number of occasions. He would allegedly hit them with a closed fist in the head, face, chest and buttocks, and on one occasion she says he strung the boys up by their feet and beat them, while she and Fellenbaum laughed.

Where was the WIFE to the male adult? Just because it was not her child does not absolve her of blame!

Today, photos of the trailer house that they lived in for only a month, was released with a little wagon and bike outside. The symbols of a childhood lost too soon, too violently and too unnecessarily. 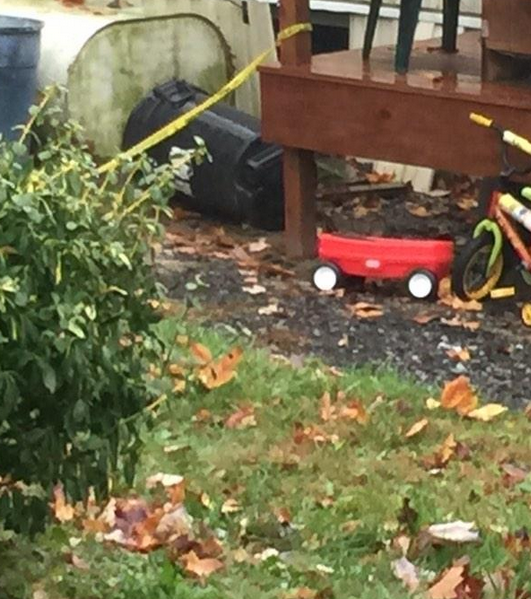 Other children in the home were removed after this incident. But why did this little boy have to endure this? What other evil is there than these people? Apparently, they went car shopping and