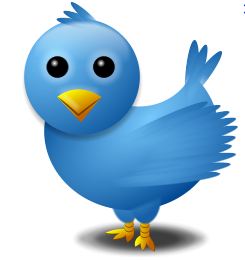 A Twitter Party is an amazing way to connect with other Twitter users. Because I both host and attend so many, I am always a little surprised when people are confused as to what they are and how to attend!  So, I thought I would help out and compile a list of common questions I get and the answers!

A Twitter party is generally a one hour discussion of a product, brand, or other type of promotion. Conversation flows as hosts and co-hosts drive the conversation in a fun way with questions and comments that keep the party and the discussion moving!

Why Would I Want to Attend a Twitter party?

There are several reasons a person would want to join a Twitter party.  First of all, you can WIN anything from products to gift cards during a Twitter party.  Most parties boast multiple winners in a variety of values with a grand prize!  Also, Twitter parties are a GREAT way to learn things about products you love, join a discussion about a new product hitting shelves and meet new people on Twitter.

Most Twitter parties have an RSVP link that you will need to enter your Twitter name on.  This RSVP form serves several purposes.  It keeps track of attendees so that when it comes time to draw a winner of a prize, the hosts know who is in the party.  Twitter parties are generally fast moving so there is no way a host could choose a winner without a list.  If you are not on the list, you can not win.

In addition, the RSVP list gives a company a general idea as to the interested in the party and how many people might attend.  Since data from a Twitter party is important for the sponsor’s, the RSVP list can provide valuable barometer for the company.  NO COMPANY I have ever worked with contacts RSVP entries nor is the list ever sold or used for marketing purposes.  That would be highly unethical!

First you want to make sure that you follow the host and co-hosts of the event as well as the company Twitter handle if it is provided.  You can not see what drives the conversation and, in most cases, can not win a prize if you do not.  Also, make sure you know the hashtag.  A hastag is written as #Hashtag and required on every tweet you send.  The hashtag is the party.  So without it, your tweets will not be seen and your participation not verified for prizes.  Most of the time you must be participating in the party to win a prize.

There are several ways you can follow a party.  Since they move quite fast I do not recommend following them from Twitter.com.  You will miss so much, in my opinion.

A lot of RSVP forms also include a TweetGrid link which takes you to a sheet that has Twitter broken out in columns.  The hashtag for the party is generally in the first column so that you can follow and respond easily.  I, personally, use TweetDeck which does the same thing as TweetGrid but is more versatile, in my opinion.  However, you must create your own columns.

The host and co-hosts are usually available for questions before the party if you ever have any questions.  And I can always help you as well, whether I am running the party or not!

How Can I Increase My Chances of Winning at a Twitter party?

RSVP and Participate, to be simple.  Make sure your link that you put on the RSVP form actually goes to your Twitter page.  So many times I pull a winner and the link is invalid.  So I have to move on.  These parties go fast and hosts do not have a lot of time to search out winners.

Winners generally have a limited time to respond and Direct Message the host or co-host.  A Direct Message is an internal mailbox on Twitter where private messages are sent back and forth between users.  If you are not following a host they can not DM you and might lose out on the prize.

Good question!  Because once you attend a party, you will be hooked!  There are numerous parties running on Twitter at any time.  If you notice a hashtag being used often and it looks like the user is responding to a question, that is probably a party.  You can click on the hashtag and be taken to the party!

There are also lists of parties floating around the web!  I like TweeParties.com to find mine but there are a ton out there if you Google Twitter Party Calendar.

How Do I Get a Twitter party Host for my Brand or Product? 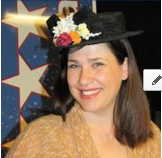 I happily create, host and co-host Twitter parties for a fee.  CONTACT ME for my rates and what I can do to help you get your name and/ or product out on Twitter!

How Do I Become a Host or Co-Host for a Twitter party?

Generally, Twitter users with a large number of followers host Twitter parties.  This is not a hard and fast rule but most brands look at your ‘reach’ to see how many impressions and tweets they might get during a party.  If you want to develop your presence on Twitter then be sure to engage with your followers.  Talk, Retweet and support them.  Attend parties as well.  It is a great way to meet new followers!

That’s all I have from emails and messages!  If you have any other questions that I did not address, please send them over!  I’ll answer anything I can to help you out!