Have you gone to see the #1 Animated Movie in Theaters, Wreck it Ralph, yet?  I can not wait to take my oldest daughter!  The ratings are awesome!  To help celebrate this fun movie, NEW activity sheets have been released!  Print them and let your kids have a blast with Ralph! 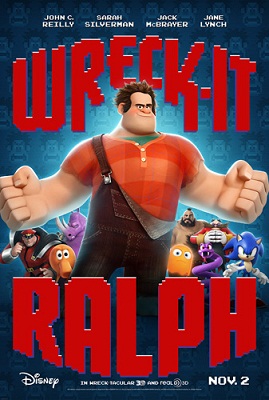 From Walt Disney Animation Studios and Emmy®-winning director Rich Moore comes “Wreck-It Ralph,” a hilarious, arcade-game-hopping adventure. For decades, Ralph (voice of John C. Reilly) has been overshadowed by Fix-It Felix, Jr. (voice of Jack McBrayer), the good-guy star of their game who always gets to save the day. Tired of playing the role of a bad guy, Ralph takes matters into his own massive hands and sets off on a journey across the arcade through multiple generations of video games to prove he’s got what it takes to be a hero.

On his quest, Ralph meets tough-as-nails Sergeant Calhoun (voice of Jane Lynch) from the first-person action game Hero’s Duty, and feisty misfit Vanellope von Schweetz (voice of Sarah Silverman) from the candy-coated cart-racing game Sugar Rush, who may just be his first real friend. But everything changes when a deadly enemy is unleashed, threatening the entire arcade and Vanellope herself. Ralph finally gets his chance to save the day—but can he do it in time? Rated PG by the MPAA, “Wreck-It Ralph” crashes onto the big screen on November 2, 2012, in Disney Digital 3D™ in select theaters. For more information, visit Disney.com/wreck-it-ralph, like us on Facebook: facebook.com/WreckItRalph and follow us on Twitter: twitter.com/disneyanimation.

Check out these FUN Family Activities: 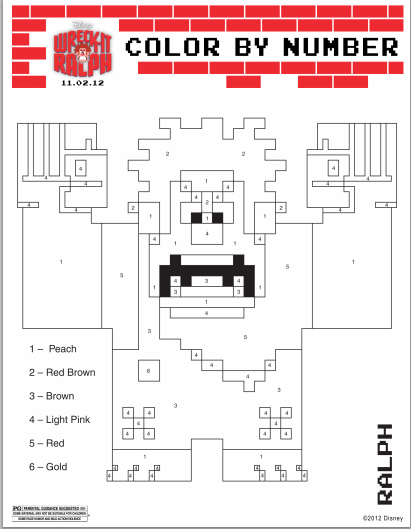 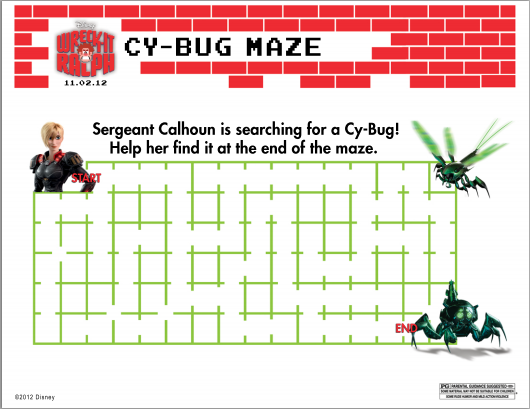 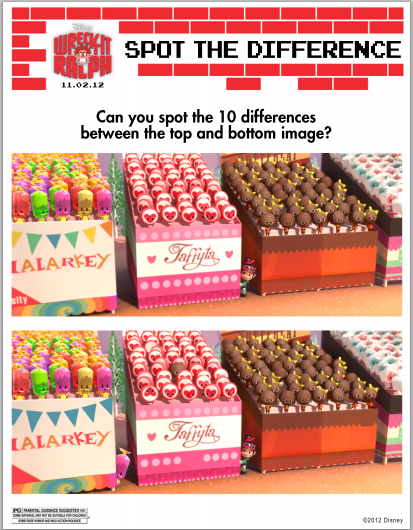