The other night I was taken to an amazing little restaurant in a small town next to mine. It was one of those chef run kitchens where the menu changes often and the food it always amazing. At least, that is how I felt about it by the time I left. Still in my, ‘should make better choices’ mood, I chose my meal of Cod with a smile. But I was also convinced to try their Cauliflower Soup as an appetizer. Now, I am not a huge fan of Cauliflower so I was hesitant. But when it got to my place, I was quickly reminded that some foods can be made to taste amazing! After that taste, I had to come home and make Slow Cooker Roasted Cauliflower Soup so I could have more! 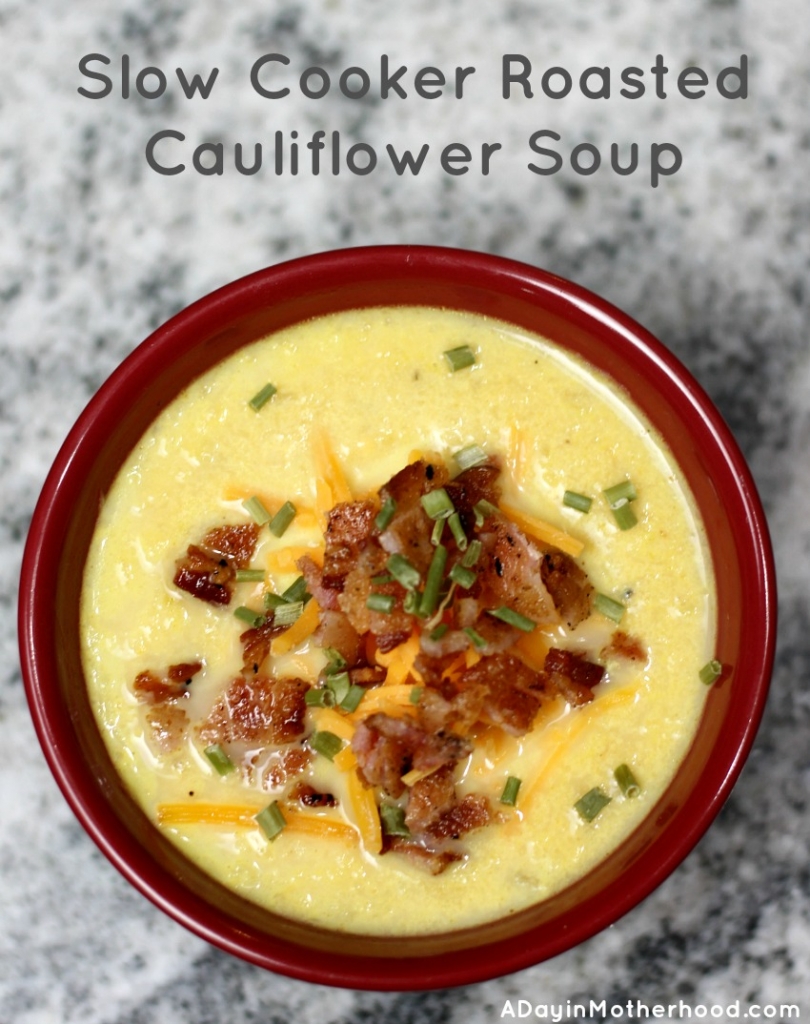 I got home and immediately started thinking of how to make the soup at home. I would need my slow cooker, of course, and a recipe I loved that could be converted. I chose Baked Potato Soup. Now, listen, Baked Potato Soup is one of my all time favorite soups. But it is not the best to eat, especially in slow cooker size. So I decided to take some of the same elements and to see if I could get the same type of soup with cauliflower!

I can honestly say that I am a genius. Well, maybe not, but this Slow Cooker Roasted Cauliflower Soup came out so creamy and so delicious that I am having a hard time leaving the leftovers in the fridge! I love the extra warmth that roasting the cauliflower in the skillet gave this soup. It has an earthy warmth that reminds me of the restaurants. This was so easy and is such a perfect meal on a cold night. The flavor is light and rich and you can feel good about eating it too! 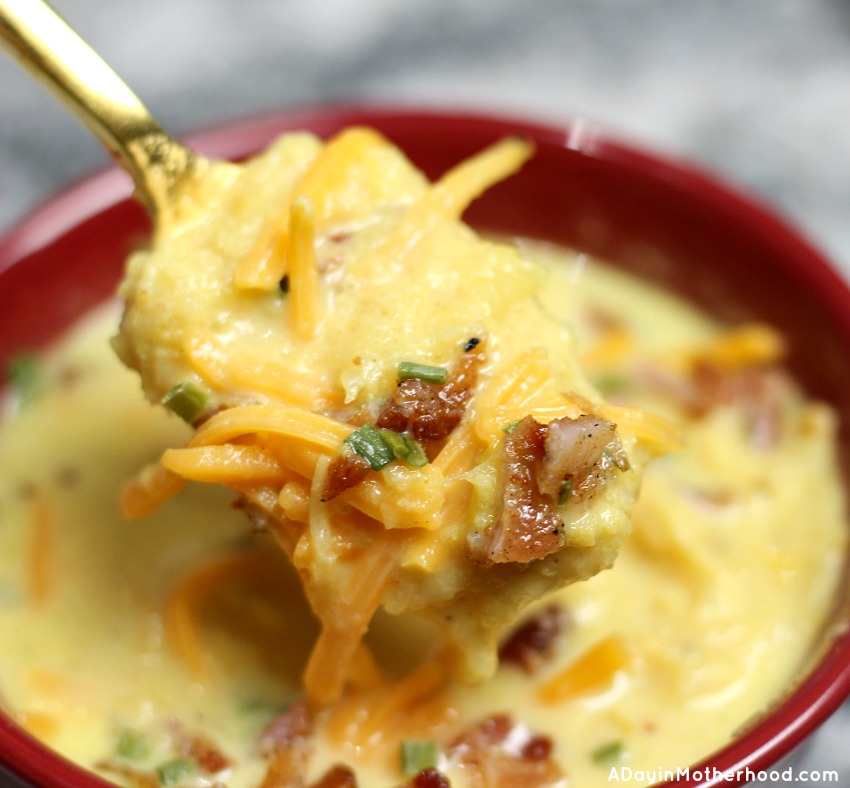 Print
Prep time
10 mins
Cook time
6 mins
Total time
16 mins
This Slow Cooker Cauliflower Soup will warm you from the inside out.
Author: ADayinMotherhood.com - Lori Pace
Recipe type: Slow Cooker
Ingredients
Instructions
3.5.3226
You can get an immersion blender on Amazon (this is an affiliate link) and you can upgrade your Slow Cooker to the one I love most too! 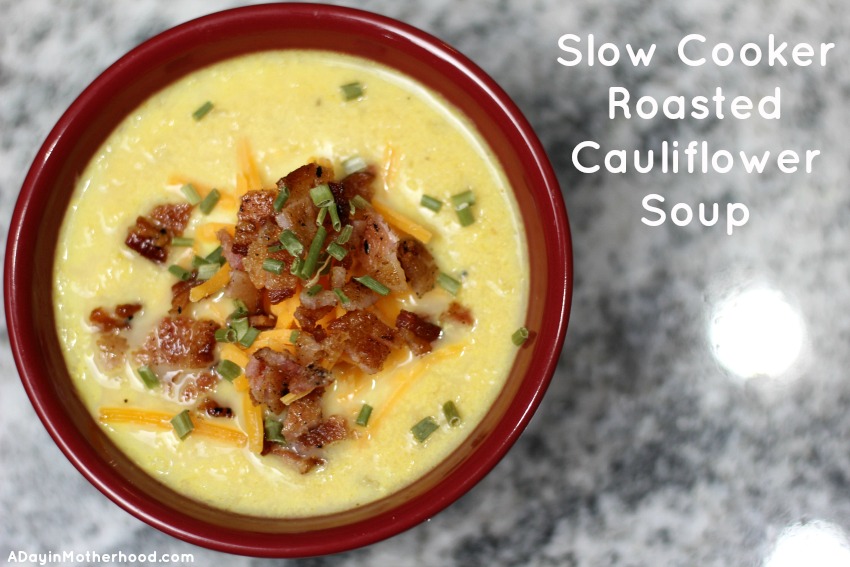 You can also do this recipe and leave out the roasting part! It still tastes amazing!