Rachel Weisz: An Interview with A Witch that is the Ultimate Lady #DisneyOzEvent

Rachel Weisz: An Interview with A Witch that is the Ultimate Lady #DisneyOzEvent

A statuesque woman with a small and delicate face with perfectly proportioned features walked into the ballroom where me and 24 other bloggers sat, ready to ask questions that had been swirling in our heads since seeing her amazing and convincing performance in Oz The Great and Powerful. 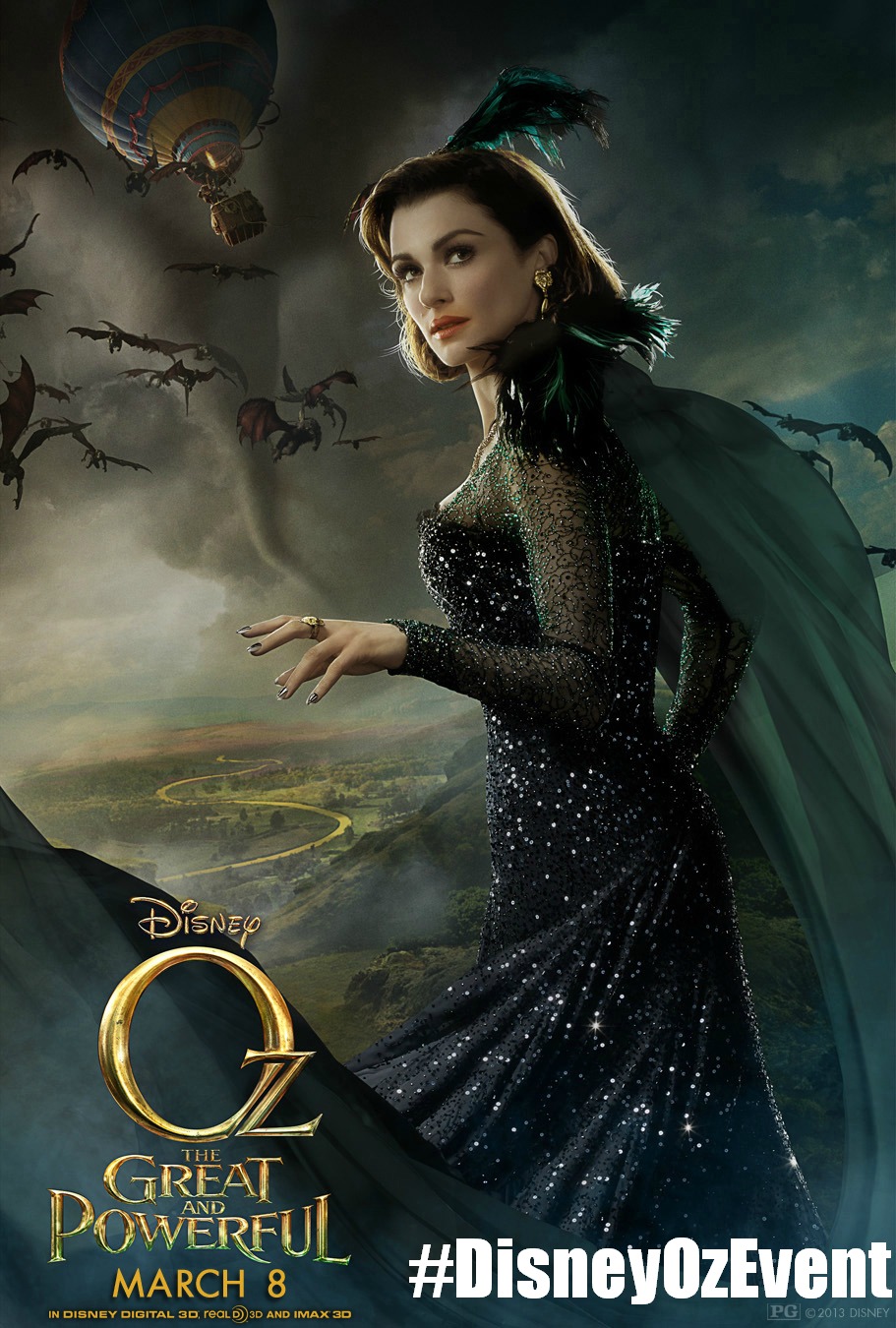 This movie, with amazing special effects, will be a blockbuster with thanks to the creative cast that makes the movie shine.  Rachel Weisz, playing Evanora, an evil witch bent on eliminating Glinda, plays her character to perfection.  Seemingly bad to the bone and aiming to be meaner by the end, she captures the delicate balance of making you love and loathe her at the same time.

See her in this new clip below:

As I sat down in the room with the ‘mommies’, as most of the stars dubbed us, I anxiously awaited this elegant star.  And when she walked in, gracious and kind with a smile brighter than the chandelier hanging over head, I could not wait to hear what she had to say about this soon to be iconic role that she played so well.

So, you were so deliciously evil.

What did you like slipping into more, the costumes or the character?

You know what? It’s weird.  They were kind of like the same the thing. When I put that costume on I became that character.  I couldn’t have played her without that corset, and sequence, and feathers, and lashes, and lips, and pushed up boobs, and, you know, the whole thing, yeah.   Yeah, the costume was huge, huge part of the character, and it was very fun to be so nasty. [CHUCKLES]

Because you were so nasty, how did you feel about knowing this is a children’s film and yet you’ve gotta be pretty badass out there?

What was your most memorable moment while filming?

Well, Evanora really enjoyed torturing Glinda, when she was chained] in the Emerald City and I did, too. It was just really fun.  I mean I get along brilliantly with Michelle.  Michelle is a  fellow mom, and she’s a lovely lady, but that was just a really fun scene being that bad. And then just pure fun without being evil was flying. Flying is really fun, kinda a little scary and quite exciting, like having a really good rollercoaster ride.

Speaking of flying, how much flying and stunt work did you actually do?

Are you in all of it?

I didn’t think there was any flying that isn’t me. Yeah, they didn’t head replacement or anything. It’s me all the way.

ME: I have a lot of readers asking about age appropriateness for the movie.  And I’m saying around eight or so, but as, as a mom, yourself, what age would you think is appropriate to take your children?

is different, and I think every mom knows their kid.

Oh, God. don’t know. I mean, every kid  is different and I think every mom knows their kid. I mean some kids are really, really sensitive but I don’t think there’s anything too scary for little kids.  I’d probably go a bit younger than eight, but then I think it’s up to a mom to decide. 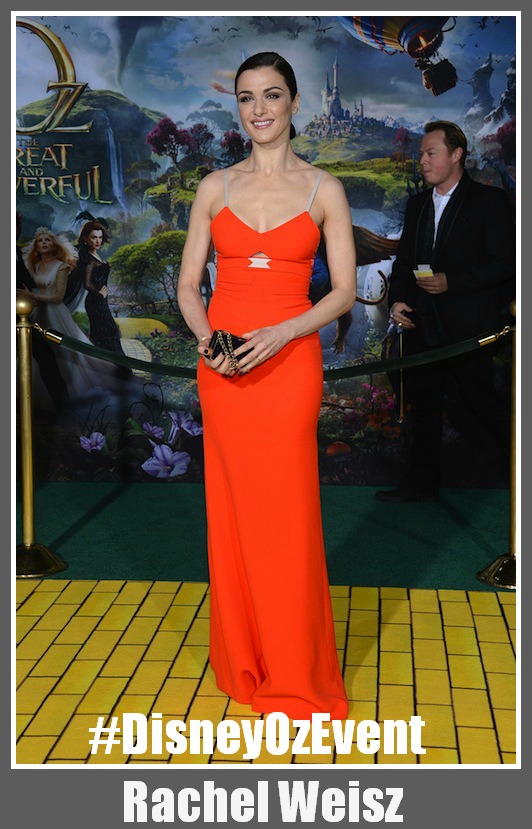 Did you feel nervous at all accepting this role as a prequel to the the Oz legacy?  Were you a little bit nervous jumping in there?

I’m nervous at any role that I do [CHUCKLES], because there’s the fear that you might, you know, suck.  And I wouldn’t really do a role unless I wasn’t nervous about it, because that’s what’s exciting is trying something new, and I’ve never done anything like this. I’ve never played a fantasy character.  Of late I’ve been doing very kind of gritty, earth-bounds, gals with no makeup, and very different kinds of things.  So, for me it was scary, ’cause it’s a new but that was a plus for me working.

What’s your personal relationship with Oz?  I mean did you watch it as a kid?

I remember going to the cinema to see it when I was about five, and I vividly remember the seat in front of me and trying to see over and hiding.  I mean witches really terrified me.  They are seared into my mind as properly terrifying, but I don’t know.  I mean I think it’s to teach children about good and evil and morality, and I think there’s a [STUTTER] — there’s a reason why there’s been for  hundreds of years the tradition of children being — seeing scary [CHUCKLES] things.  I don’t think it’s  damaging, fairy tales.  I think they are kind of like important, archetypal stories.  But yea, I remember vividly seeing it.  It’s one of those movies you never forget.

This was a wonderful day full of once in a lifetime moments for me.  And I thank Ms. Weisz for sitting down as an actress,a woman and a mother to talk to us and let us in to her thoughts on this movie, how it affects children and how deliciously fun it was to be so darn evil!

Oz The Great and Powerful hits theaters everywhere is Disney 3D on March 8, 2013!