Movies to Own: Mama’s Family 1st and 2nd Seasons

Movies to Own: Mama’s Family 1st and 2nd Seasons

You guys do not even know how many nights I used to stay up past my bedtime watching Mama’s Family! This dysfunctional family entertained me and had me laughing. The underlying love was there, too, and the endearing characters make these DVD’s movies to own! 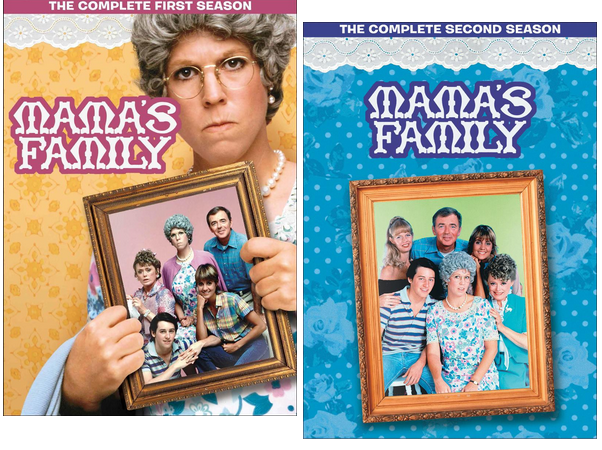 Vicki Lawrence made Mama famous on The Carol Burnett Show. I loved the back handed insults, crazy antics and the crazy situations they all got into. The cast – from Ms. Lawrence to Rue McClanahan to Betty White – was superior in their comic timing!

Now, you can own the antics with the newly, never before released, First and Second Seasons of Mama’s Family!

MAMA’S FAMILY: THE COMPLETE FIRST SEASON (1983) – When Vinton Harper (Ken Berry, F-Troop), Mama’s only son, drops by to announce that he and his children have been evicted from their home, it sets into motion family dysfunction of the highest order.  Against the wishes of Mama’s roommate – her sister, Fran (Rue McClanahan, The Golden Girls) – Vint moves in, starts a romance with an old high school crush (Dorothy Lyman, All My Children), gets married in episode four, brings the entire clan to a very memorable appearance on ‘Family Feud’ and welcomes several visits from Mama’s high-strung daughter, Eunice (Carol Burnett) and her husband, Ed (in Harvey Korman’s final series appearance).  THE COMPLETE SEASON ONE contains 13 episodes across 3 discs, as well as bonus programming sure to please every classic TV aficionado! 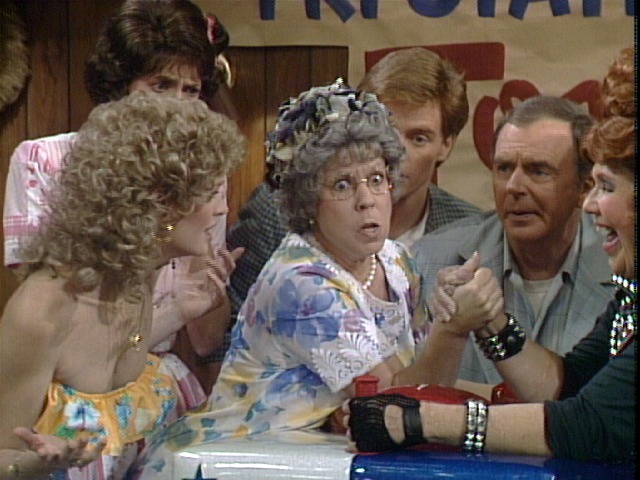 MAMA’S FAMILY: THE COMPLETE SECOND SEASON (1983-1984) – This new collection features 22 episodes in their entirety across 4 DVDs.  SEASON TWO finds the Harperfamily in rare form, as Mama’s highfalutin’ daughter Ellen receives Raytown’s “Woman of the Year” Award, Mama gets hospitalized after being hit on the noggin with a stewpot (in Carol Burnett’s final series appearance), Mama’s once-vivacious cousin Gert (Imogene Coca) gets her life enriched,Mama attempts learning to drive (much to the family’s chagrin) and decides to run for Mayor of Raytown.  Among bonus extras, this set features the TV movie “Eunice” (1982), a CBS-TV original which was the precursor to the series and takes the Harper family on an unforgettable 23-year journey.

The bonus features on these DVD’s are awesome too! The TV movie ‘Eunice’, interviews with the actors and even sketches and shorts from The Carol Burnett show and Mama’s Family are included. I have to say, for a girl who loved this show as a little girl, bringing back the memories is awesome!

Congratulations to our winners: Susan S., Lauri E., and Crystal B.!!!