Mila Kunis: An Interview with A Witch, A Woman & An Inspiration #DisneyOzEvent

Mila Kunis: An Interview with A Witch, A Woman & An Inspiration #DisneyOzEvent

I have a confession to make.  Before I started hearing about the people we were going to interview while at the Oz The Great and Powerful World Premier, I had not heard of Mila Kunis.  I mean, I knew she was a star in Hollywood, but I had not seen her movies and could not picture her in my head. 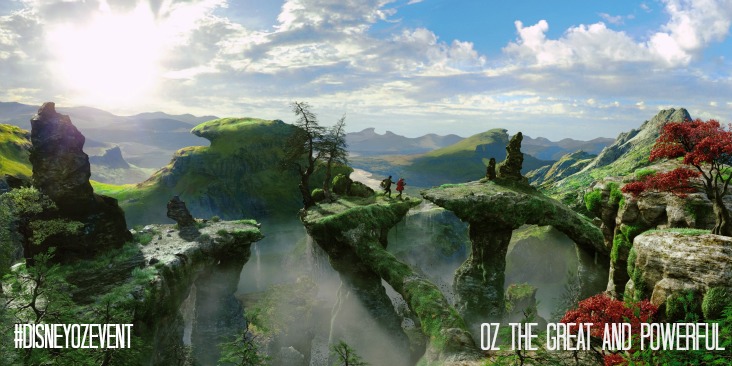 Boy, have I missed out!  This beautiful, versatile star is not only a most talented actor, as evidenced by her amazing portrayal of Theodora in this soon to be blockbuster releasing March 8, 2013, but she is an amazing person to meet face to face.  How do I know this?  Because I had the ultimate pleasure of meeting and interviewing her with 24 other mom bloggers in a stately ballroom at the Langham Huntington Hotel in Pasadena, CA.

I have to say, this was a fantastically fun interview.  Ms. Kunis is funny, down to Earth, witty and mature beyond her years!  She is the kind of woman that you invite over for dinner, share a glass of wine with, and laugh until your sides hurt at her quick remarks and hysterical outlook on life!

She came in truly baffled at a room full of mom bloggers.  She asked ‘When did this start?” and seemed really enthusiastic to talk to a group that was not your ‘normal’ interview.  Tall and thin, her dark hair framing her beautiful face, her smile was infectious, her laugh boisterous for a delicate looking woman and her personality larger than the room we sat in. 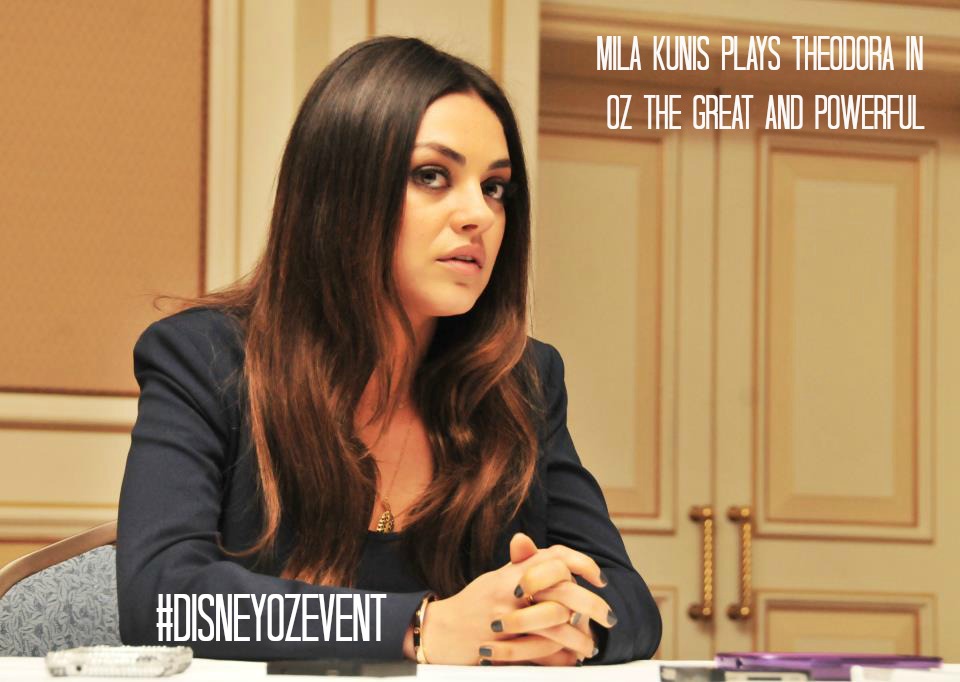 Below are some of my favorite questions and answers had during the interview.

What was your experience  -with the Wizard of Oz – as a kid?

I came to America when I was seven and a half in 1991.  I think the first full length book in English that I read was Return to Oz. And I’ve spoken about this completely independent of this movie prior to ever being attached to this film; that as a kid, the first movie that I remember seeing that resonated with me was the Wizard of Oz.  I think just visually the color, the spectrum of it and how fantastical it was and how much you wanted to live in that world, for a nine year old was so magical and so grand so I have the greatest, fondest memories of it.

How are you experiencing the family genre?

Well I’m in a room full of mommies so let’s be clear, this is new. (Laughter)

Do you feel a different response?

Yeah, I can’t curse.  No truthfully, the mouth is gonna get so mad, you guys, you don’t even know.  The truth is, oddly enough, here’s what I realized.  I though the questions would be a little bit more demure like from not you guys but from other (outlets) and, they’re not.  They’re just as obnoxious and awful as when you do an R rated film so I learned nothing changes. People will still ask you inappropriate questions. Disney or not. So in order to answer it, do I feel like there’s a difference in promoting it?   Apparently not.  They still put you in a room with these people that apparently have no difference whether you’re making a family driven show or otherwise.  But I do realize it’s very sad to me.  This is the first film I’ve done that’s not R rated. It’s a really weird connection.

What was your favorite scene?

What was my favorite scene to do?  It wasn’t the waterfall sequence I’ll tell you that ‘cause it was dirty. But my favorite? I think appearing in Glinda’s castle is really fun for me just ‘cause it was an extra ten day to shoot. It was a long day. Hindsight 20, 20 was really fun.  If you asked me while I was there I probably would have been miserable but it was really fun to do. Michelle and I never had anything to do other than that one scene and we really wanted to work with one another and that was our one and only opportunity to do it.

Did you like the technical aspects of the film?

You know what?  It actually wasn’t so hard. I mean I think people prepared me for like a lot of green screen. I didn’t have a lot of green screen. They build most sets.  This castle was tangible, Emerald City was tangible, the forest, the woods was tangible, the cemetery, everything was there. So it’s not like I had to imagine things.  As far as wire work goes, I had fun with it. The next project that I’m doing is a lot more wire work so I’ll let you know after that one but in this one it was really fun. 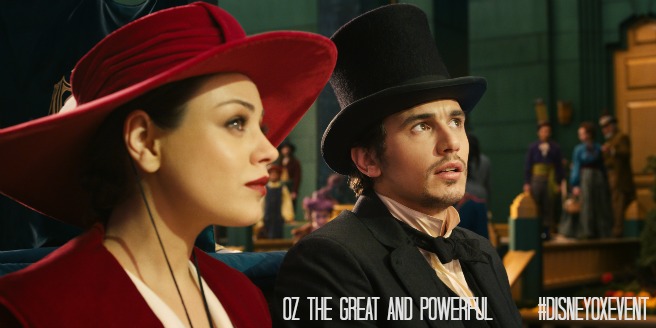 Do you feel in a different place with fans?

I hope so. I don’t know. I’ll let you know when it comes out. I really don’t know. you know, I come from television where I feel like I’m in people’s living rooms every day so it’s not crazy for me to think that like a ten year old would know, but, I don’t know.

Do you have the doll?

Do you play with it?

I just got it two days ago. It’s still in the box. I won’t lie.  I’ve shown it to everybody that walks into the house because let me be clear. It’s not just a doll, it’s a Disney doll.   I’m like ‘hey you guys, have you seen this?’  Check this out! See this. Like I don’t even care. Everybody that walks I’m like showing the doll because it’s a Disney doll. It’s insane. It’s insane. But no it’s still in its box. I think you can buy it at Target.  Not to say that I know these things but I think you may.

What age would you say is appropriate for children to see this movie?

Oh, I don’t know.  I don’t.  I think that what kids watch now a days is different than what kids watch when I was young so I don’t know. I think that it’s up the parent.  That’s the truth. I’m not a parent. I have no idea, but I think some parents let a ten year old watch it and some parents wouldn’t. I have no say in it.  Listen, it’s a little spooky at times ‘cause like it’s 3D and things poke out at you but like  they can see that on the internet.  It’s not not frightening for children now a days. But I don’t know. 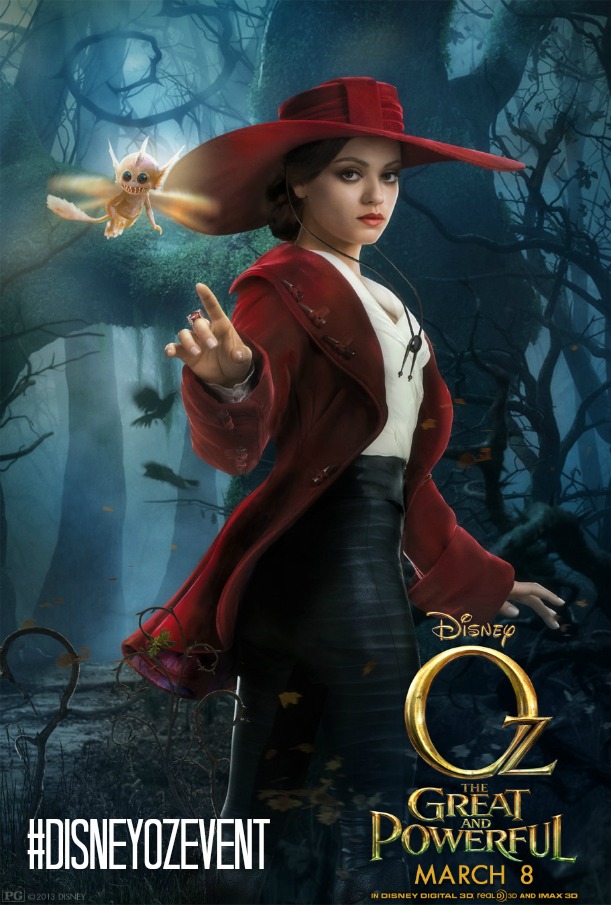 As we all gather for a photo with Ms. Kunis, she continued to marvel at the fact that she had just done an interview with “Mommy Bloggers”.  She was so endearing and so down to Earth.  You will absolutely love her in this movie and I want to know how much!

As she left, our rep that we were with told us that she asked her publicist why she could not do interviews like ours more often.  She thought it was so refreshing and fun.  That made our day and we will eternally be grateful to Mila Kunis for being so incredibly cool!