This conversation is brought to you by Acorn and Scrubbing Bubbles®. All opinions are my own. 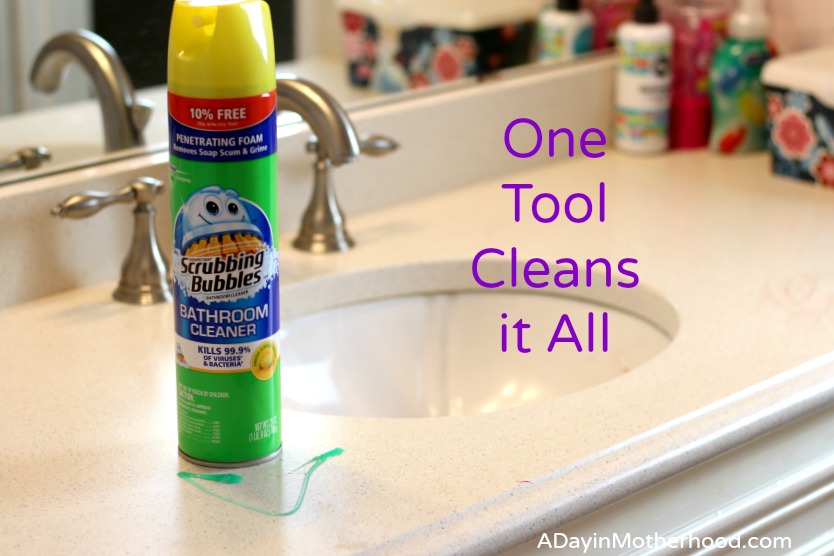 In the hustle and bustle of the morning routine, I heard my youngest screaming at me from the bathroom. She wanted a side ponytail for school and move on getting ready for school until said ponytail was in place. I will admit, last night I had to work on a Twitter party and pretty much let the kids have free reign during that time. I even breathed a sigh of relief when I told them to put themselves to bed and they did, finally falling asleep when mommy came and gave them hugs and kisses. This is such a rare occurrence, me working with the kids home, that I must have blocked out what kids can do to a house when mom is not chasing after them telling them not to leave a path of destruction in their wake. So when I entered the hallway that leads to the bathroom Megan was summoning me to, I was massively unprepared for what I saw. However, the clothing strewn about, the toys lining the hallway, were nothing compared to the disgustingness that had been bestowed on the kid’s bathroom. All I could think when I entered the room of ick was that I was so glad that I had Scrubbing Bubbles® in stock in my house that would take away the ick in a matter of minutes. Because, I am telling you now… this bathroom needed a cleaner that was not going to fail me in restoring this bathroom to it’s pre-kids glory! 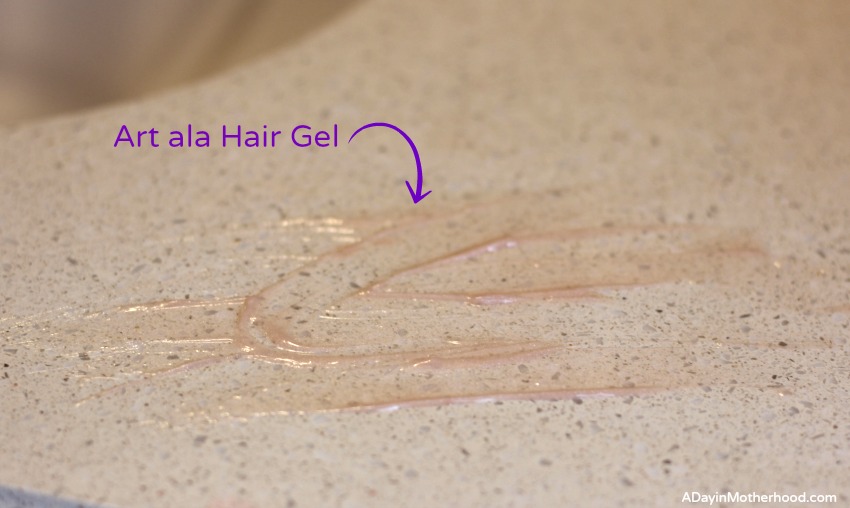 I am not sure how they managed to mess up every surface of the bathroom in such a short time. I knew that they took baths because I checked on them several times during it, but I had no idea that they had taken a very thick and sticky hair gel and painted my counter as if the art teacher was here to grade their work. It was now dry and sticky and so gross that I considered burning the bathroom down and starting again. Instead I reached for my Scrubbing Bubbles® Bathroom Cleaner that I always, ALWAYS have in the house, and sprayed it directly on the dried on, glittery muck that decorated my counter. 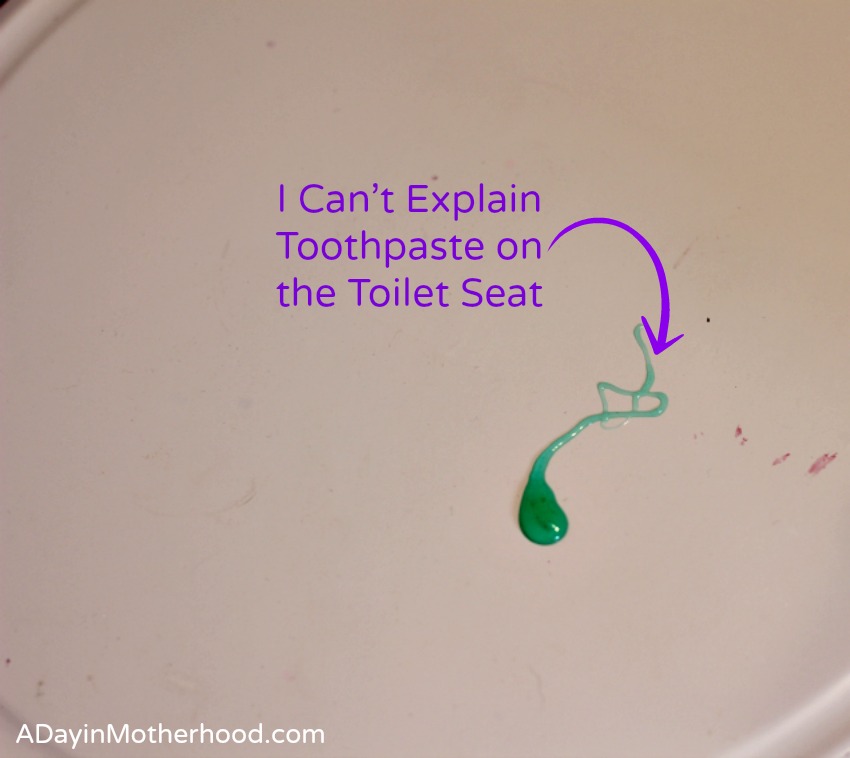 Surveying further damage to the bathroom: the toilet that had toothpaste on it? (I am still baffled on that one), the bathtub with remnants of whatever dirt the kids decided to bring home and the sink that seemed to have all three including some chocolate substance which I can only hope is dried on chocolate milk, I was glad I had shopped at Walmart and purchased the Scrubbing Bubbles® with 10% more in the can! This bathroom was going to need it! 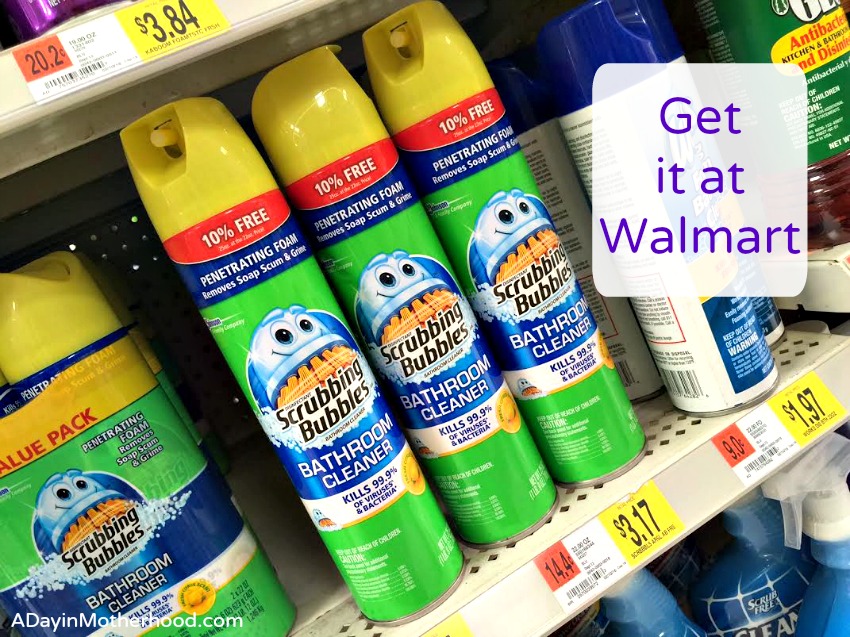 As I sprayed and cleaned, one surface being restored to it’s cleaner state with ease, I thought about how making a child’s bathroom more livable could be done in 3 easy steps. 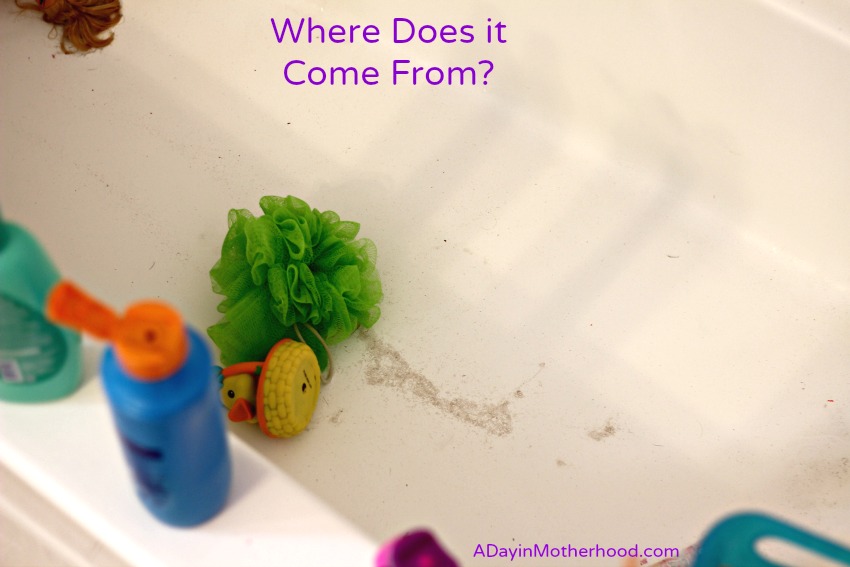 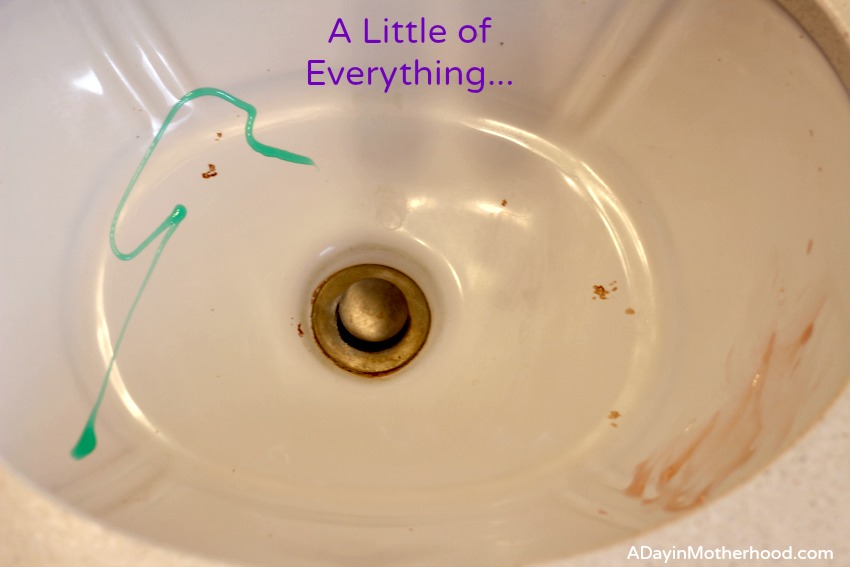 That’s it. The secret to making their bathroom less gross and more in the clean state you prefer. As the kids grow and become more responsible for their actions, they will be taking these steps as I watch with a knowing smile on my face. I will also know that when they have a family and decide to go into low-supervision mode like I did for a few hours, they will be able to depend on the same products that my mom did when I was growing up to undo the sticky, icky messes their kids leave behind! 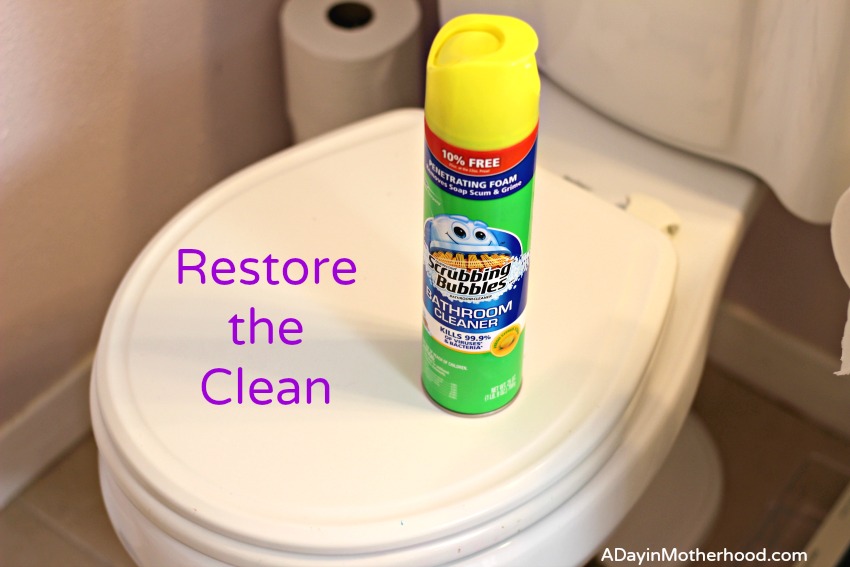 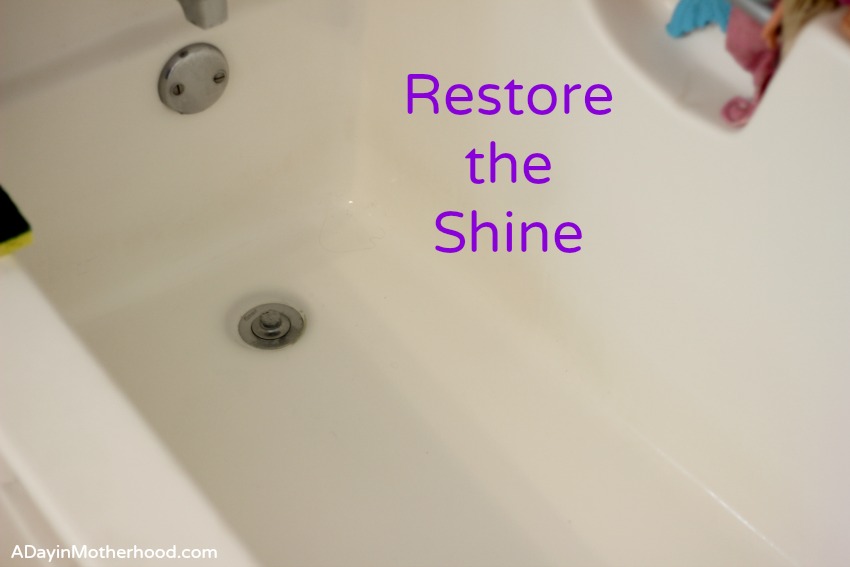 Head to the Home Cleaning aisle in Walmart for the exclusive Scrubbing Bubbles® with 10% more in the can! If you have kids, you will need it. You will need a few cans, actually, so just stock up now while you can!