**I received this DVD as a thank you for the post. All opinions are my own.**

Dora is growing up and as she and her new friends embark on adventures, my girls get to go with them. The new DVD, Dora and Friends is available February 10 and already a hit in this house! This is the DVD debut of Nickelodeon’s new hit preschool series Dora and Friends: Into the City!, which finds the iconic character Dora living in a city, attending school, and at the center of a peer group that works together to give back to the community. 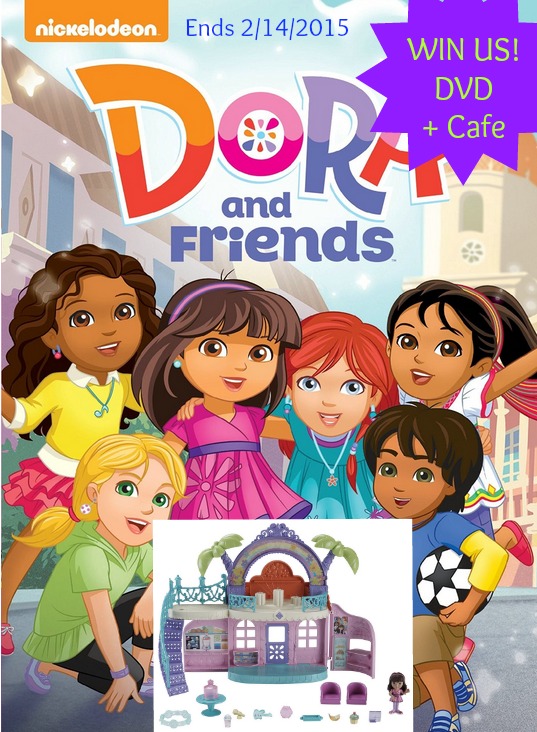 Set in the fictional city of Playa Verde, Dora and her friends go on adventures, whether it’s rescuing a lost stuffed monkey for a little boy in the hospital or returning a ring to an ancient Mayan Princess.  Throughout her journeys, Dora uses Map App on her smartphone and a magical charm bracelet to navigate the city and overcome any obstacle.

Dora and Friends DVD includes the following episodes:
·           We Save a Pirate Ship! – Dora and her friends are at a Pirate Festival to benefit the restoration of the city’s ancient seaside fort, and Dora promised a little boy named Jorge that he could steer the festival’s pirate ship ride.  But when the pirate ship ride doesn’t show up, Dora, Kate and Pablo must build their own. They find an enchanted ship’s wheel that takes them to a talking pirate ship with secret treasures.

·           The Magic Ring – Dora and Naiya are helping out at story time with the younger kids at school when Pablo discovers a mysterious ring that shrinks him.  Dora and Naiya search through the library and find the secret of the ring, discovering that it’s been stolen and lost by an evil wizard from long ago. The only way the spell can be broken is by putting the ring back on the owner’s finger, an ancient princess. 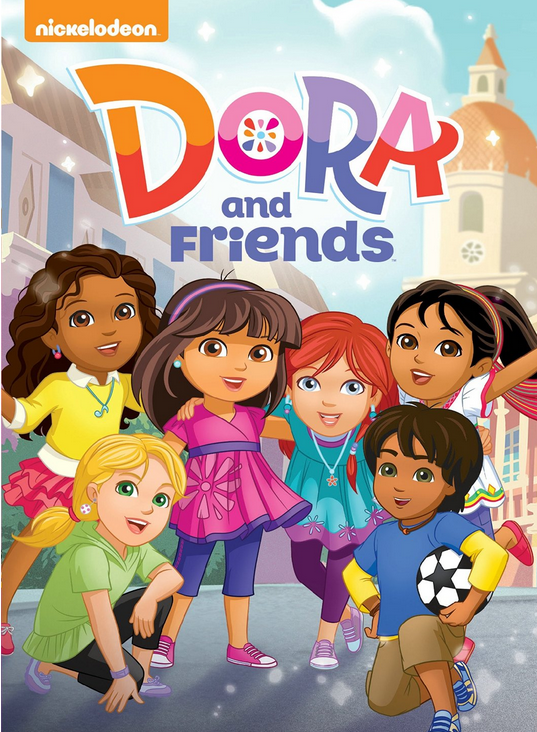 ·           The Royal Ball – Dora and her friends are having a Royal Ball in honor of all the kids who helped clean up the city park.  Dora and Alana head to the costume shop to get dresses, and find a golden gift box with a beautiful dress that’s perfect for Alana.  The golden box comes to life and tells them that the dress is for the princess – it’s his job to get it to her!  The box magically transports them to the royal grounds where they must escape a dragon and rescue the box from crocodiles.

·           Dance Party – Dora and her friends are putting on a dance party to raise money for the town’s new dance school. Alana convinces Pablo to teach her a simple step as a mirror ball magically transports them and Dora to the land of Baila, where they meet Celia.  She explains to them that her overprotective father, the mayor, has outlawed dancing after she stubbed her toe at her first dance.  Celia needs Dora and her friends’ help to convince the mayor that dancing is safe and fun.

Wqatch your kids favortie preschool characters grow up along with them with this fun DVD! Want to WIN this DVD and a Fisher-Price® Dora and Friends Café? 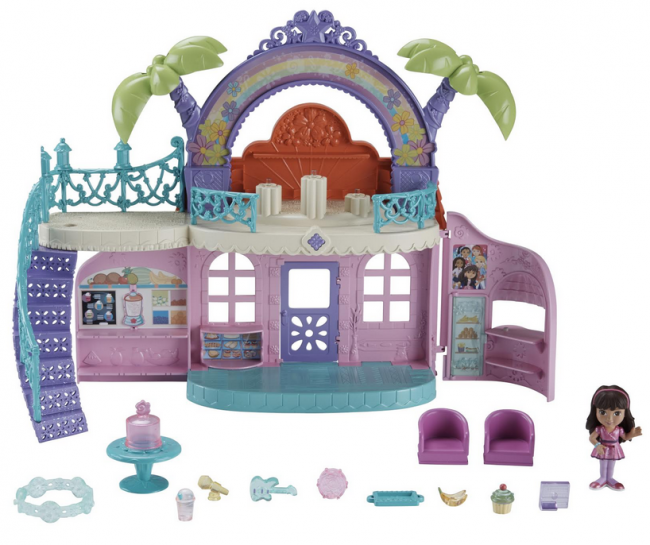 The Arco Iris Café is Dora and her friends’ favorite hangout in Playa Verde, and now kids can make it come alive with one of the special charms from the included kid-sized bracelet. The café features two floors of play, lights, over 35 phrases in English and Spanish and a song from the television show. It comes with a Dora figure, café furniture, snack bar treats, six magical charms and a charm bracelet just like Dora’s. Add more charms to the bracelet and expand the world of Dora & Friends with more figures and playsets, each sold separately.

Enter from your MOBILE here