I am a couponer.  I am stocked on everything from shampoo to razors to deodorant.  I have never run out of any staple.  So imagine my total panic and shock when I opened my cabinet to grab a deodorant to replace the one that was down to the plastic and felt… nothing.

How can that be?  Why, I just bought deodorant a year ago!  Surely I have not gone through them all? But, yes, after further inspection, I realized, with a slight panic, that I was, indeed, out of deodorant. 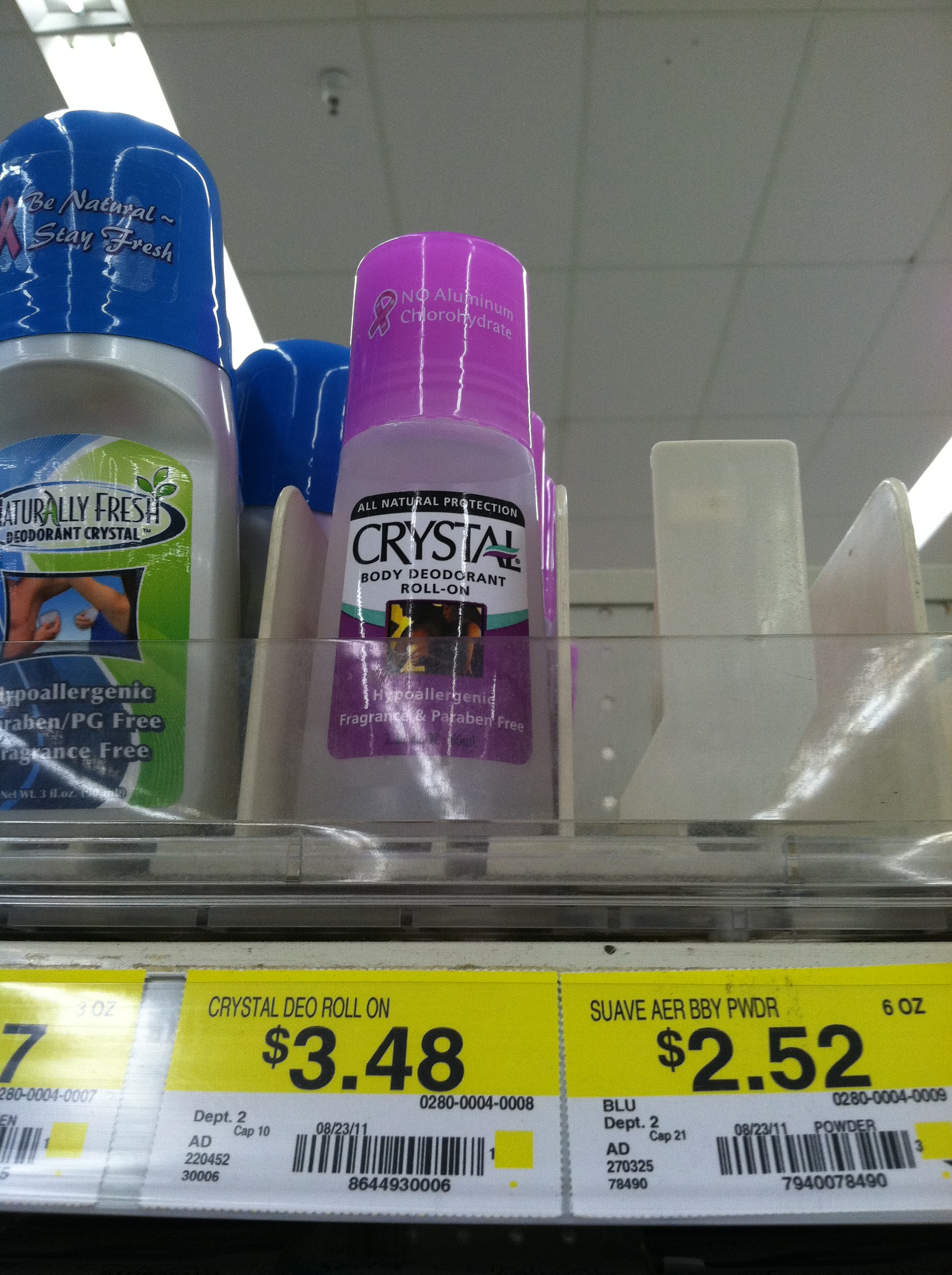 What was I going to do?  I had a house full of people coming over for a house party any minute and I could already tell that the Texas humidity was not going to be kind to my underarms!  I debated using my husband’s deodorant and quickly passed.

And then I remembered that I have used my $1.00 off coupon to try a new product on the shelves at Walmart, Crystal Body Deodorant Roll On!

I breathed a sign of relief and grabbed the deodorant, rolled it on, stood for a second to let it dry – I always do that, a weird habit, I know, and then the doorbell rang!  Praying the Crystal Body Deodorant would work, I pulled on my shirt and went out to meet my guests.

And never gave it another thought.  I was running and doing the whole party.  Picking up kids, in and out of the house to the humidity that made my naturally curly hair frizz, delivering food and standing in front of a hot grill.  For me, it was a hot and humid day!

I noticed later though, after the party was over and the last guest had left, that I had not gone to reapply deodorant like I usually do during a party!  WOW!  Really?  And then I thought, “Oh No!  I have I smelled all day?”

A quick sniff test told me that was not the case at all!  Crystal Body Deodorant Roll On had gotten me through and I was happily impressed!   It is a total bonus that this is an All Natural deodorant!  And it is a BIG bonus that it is affordable!

Next time you are at Walmart, pick up a bottle with your $1.00 off coupon and let me know if it stand up for you on a tough day like it did for me!

**I received this product free from Collective Bias #collectivebias #CBias.  All writings and opinions are 100% mine.  Please see my Disclaimer/ Privacy Policy for more information.  I have been entered to win a gift card for posting my thoughts.**