No, I have not lost my mind. And yes, I generally think that kids under 13 are way too young for their own cell phone. But there is a serious stress in my life that I need to curtail before it drives me nuts. So I turned to Walmart Family Mobile and their cheap wireless plans to help me at a price I could afford! 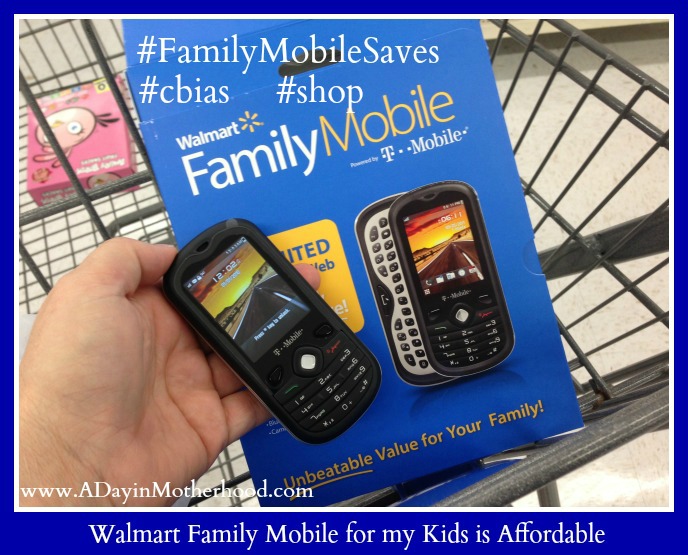 For those of you who have followed me on here and on Facebook, you know that I spent last year going through a ridiculously ugly divorce. There was no need for it to be that way but my silver lining was that one day, he and I would be able to talk like civilized adults.

Silver linings are sometimes not fulfilled. So he and I don’t speak at all and, honestly, it is OK with me. But, it is not OK that when my kids are with their dad and I have to go through his cell phone to get a hold of them. And them calling me was almost non existent.

In addition, when he called them, it came through my cell phone. My kids would take off with my phone and it would take me forever to find it. Fearing one day I would find it at the bottom of a toilet, I really needed to come up with a way for my kids to be able to communicate with me when they were not with me and with their dad if they wanted to. 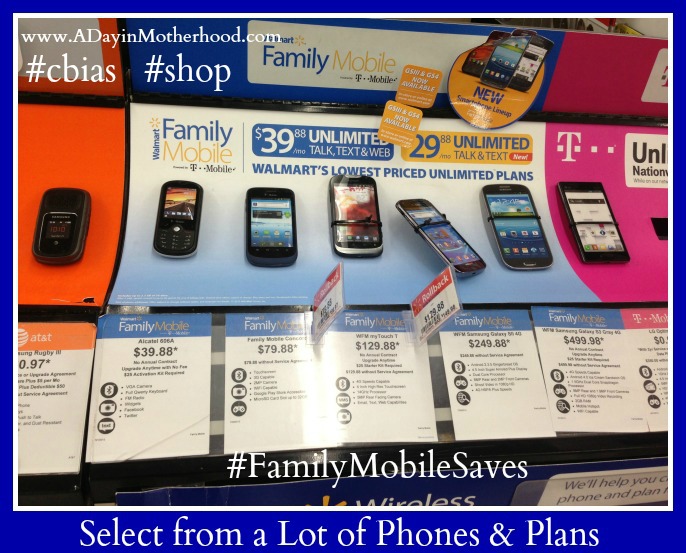 Then only real solution that made everyone happy was to get them a cell phone that they could share. They would keep it in the kitchen, or in a purse that they took to their dads, and that if they lost it, I would not replace it.

To be honest, though, as a single mom with three little kids, I don’t have a ton of money. So I went to my current carriers store and asked about adding a line. You know, because they all advertise that it is just $10 a month.

Not true. First, the super cheap cell phone was $50. And by the time I added a line, paid the fees, connection fees, and $7 a month for insurance, I was going to be paying an additional $45 a month. For talk and text only. That, to me seemed extreme. I could not commit to 2 years at that much a month for three kids under 7. 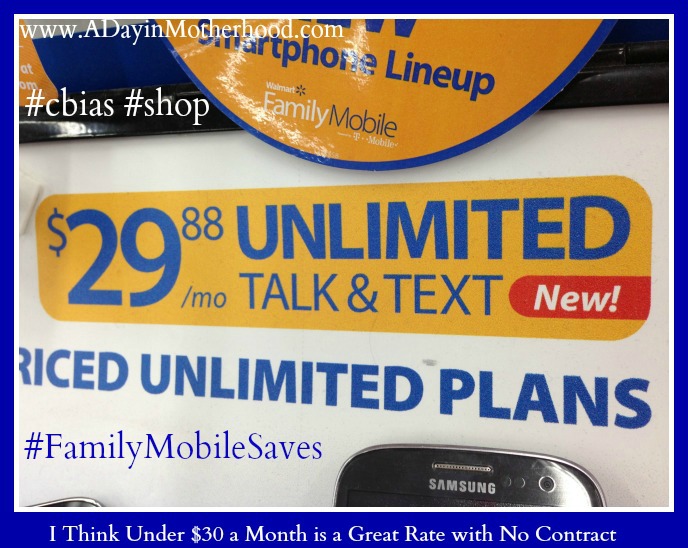 So, I headed to Walmart where I knew that I could get prepaid phones, pay as you go phones and no contract phones. I wanted to see my options.

In the electronics section, I did, in fact see a huge selection of phones. Smart phones, flip phones, slider phones and more. I knew I did not need a smart phone for the kids and I wanted one that was easy to hold and use. I saw the Alcatel 606A and it seemed to be a good solution. It is small, seems easy to use and I would not lay down and die if my kids lost it since it was under $40.

See my entire shop in my Google + Album below:

I looked at the plans and the talk and text with Walmart Family Mobile was by far the best for a no contract, less than $30 a month. That I could do with little stress. And if the kids lose the phone or end up not using it at all, I can cancel with no issue instantly. 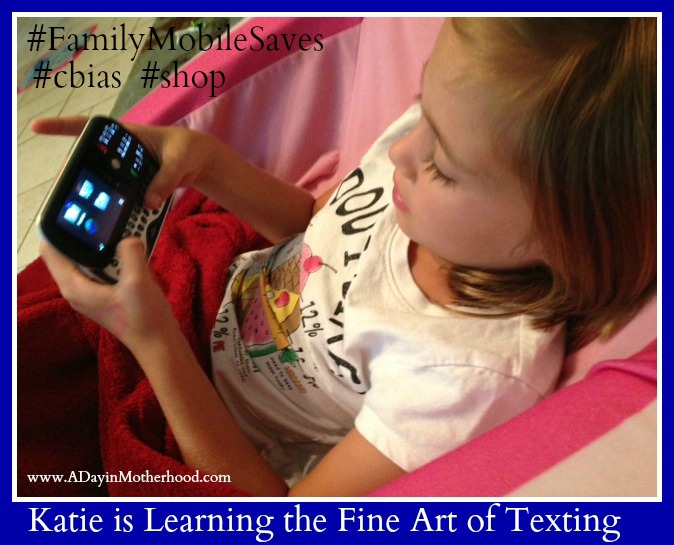 I purchased the phone and the $25 Starter Kit and we now have it at home. After teaching the kids the rules of the phone and saying a small prayer that this would work, I let them have at it. So far, they are doing GREAT!

Get more great ideas and information in the Live So Fab Magazine! 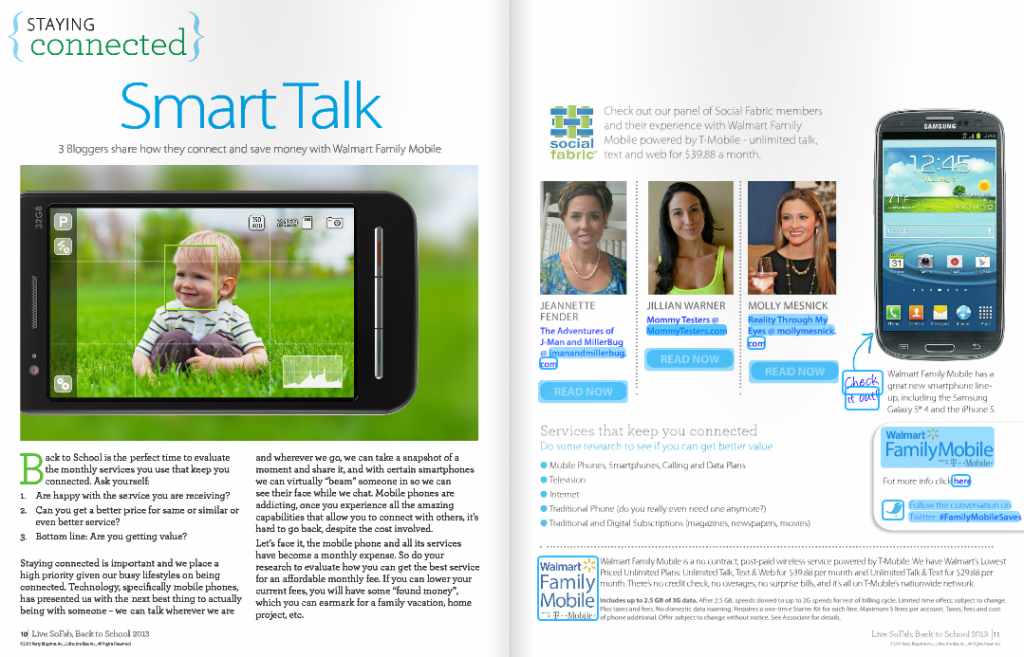 Stay tuned as we test the phone and the service over the next month or so. I’ll be back to tell you how it is going.

Find out more on Twitter with hashtag #FamilyMobileSaves and #cbias!