The much anticipated Wreck-It Ralph is coming SOON!  In theaters November 2, 2012, this fun and hilarious arcade hopping adventure is sure to please any animation fan!

Check out the clip below:

“From Walt Disney Animation Studios and Emmy®-winning director Rich Moore comes “Wreck-It Ralph,” a hilarious, arcade-game-hopping adventure. For decades, Ralph(voice of John C. Reilly) has been overshadowed by Fix-It Felix, Jr. (voice of Jack McBrayer), the good-guy star of their game who always gets to save the day. Tired of playing the role of a bad guy, Ralph takes matters into his own massive hands and sets off on a journey across the arcade through multiple generations of video games to prove he’s got what it takes to be a hero.

On his quest, Ralph meets tough-as-nails Sergeant Calhoun (voice of Jane Lynch) from the first-person action game Hero’s Duty, and feisty misfit Vanellope von Schweetz (voice of Sarah Silverman) from the candy-coated cart-racing game Sugar Rush, who may just be his first real friend. But everything changes when a deadly enemy is unleashed, threatening the entire arcade and Vanellope herself. Ralph finally gets his chance to save the day—but can he do it in time? “Wreck-It Ralph” crashes onto the big screen on November 2, 2012, in Disney Digital 3D™ in select theaters.”

I know I am excited to see it!

Now, to celebrate the release of the film, there are 2 ways you can WIN!

1)  WIN an adult T-Shirt for a man or a woman in my Giveaway below!  Just fill out the Rafflecopter form and I will pick a winner!

2)  Enter the Wreck-It Ralph Sweepstakes on Facebook!  They are so easy and FUN and you could WIN A Hero’s Adventure trip! 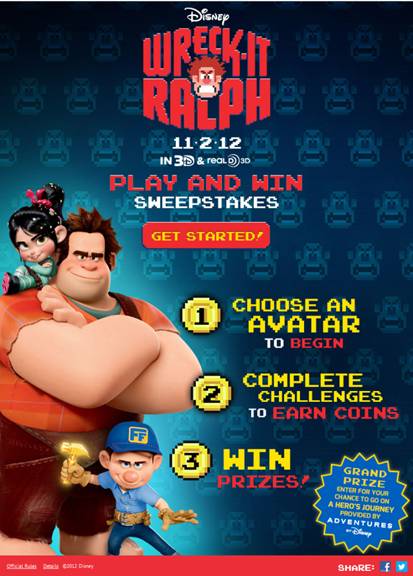 Enter below to win your choice of a man’s or woman’s adult T-Shirt! 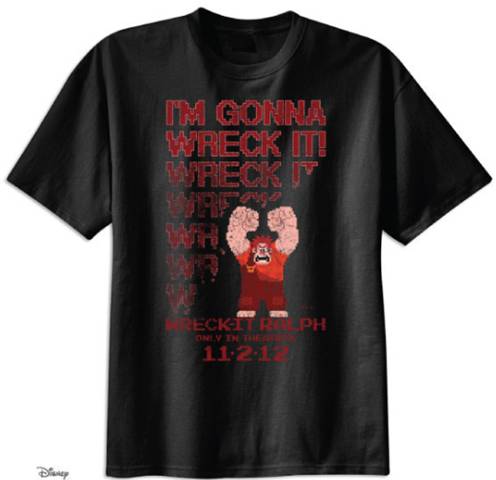 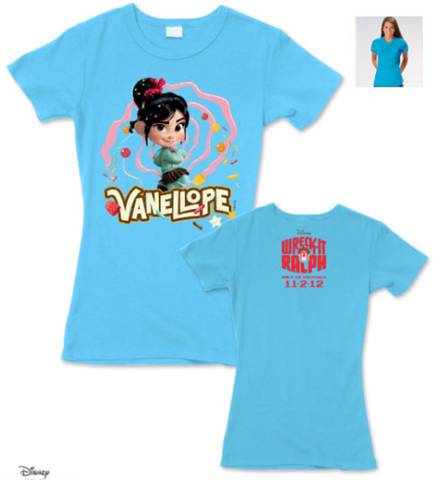 **I will receive a T-Shirt in the mail.  It is unrelated to this giveaway.  Please see my Disclosure Statement for more information.**