My mother made the best tuna fish sandwiches. They were full of delicious mom love and I still crave them today. No matter how hard I try, I just can not seem to replicate them. I must be missing the ‘Mom Love’. But I still love tuna. With the Holiday’s coming, my health is on the front burner. I have a tendency to… err…. indulge beyond the popping point. So I am coming up with fast and easy recipes that are a little healthier and lighter than what I will be eating at holiday dinners! With Tuna, especially high quality tuna, I can create delicious and healthier Tuna Fish Spirals that are fun to make and delicious to eat. 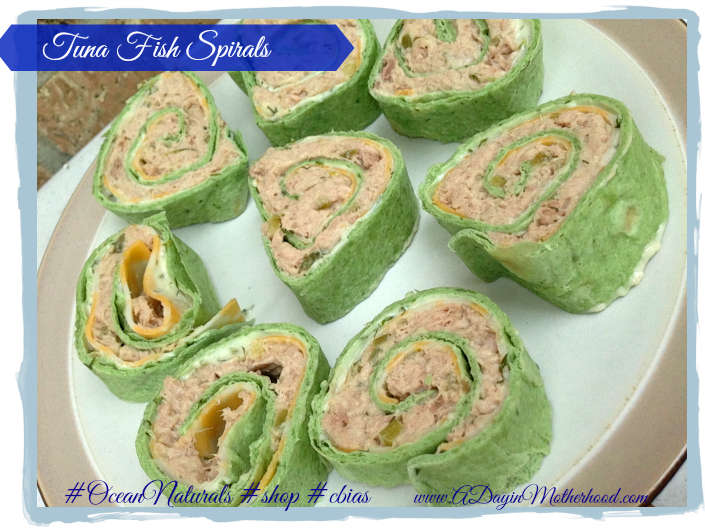 I am a ‘packed in water’ kind of girl and I am also a ‘make it pretty so I will want to eat it’ kind of lady.

I wanted something new though. Something beyond the ‘tuna and mayo’ sandwich. Something I could make on a busy day and feel good about eating. So, I grabbed some large Spinach Herb Wraps, some Dill in a tube (best invention ever!), some low fat mayo, thinly sliced cheese for some flavor without the crazy calories, some relish, and two cans Tuna and headed home.

Putting these together is so easy. And as I did, I was keenly aware of how much better this was going to be for me than other options I had in my fridge.

I used about a tablespoon or so of mayo and mixed in the Dill from the tube. This was my big flavor driver. I thought. Until I opened up the  Tuna packed in water and saw nothing but HUGE chunks of tuna. I immediately grabbed a bite and realized that, even packed in water, this was some seriously delicious, high quality tuna! 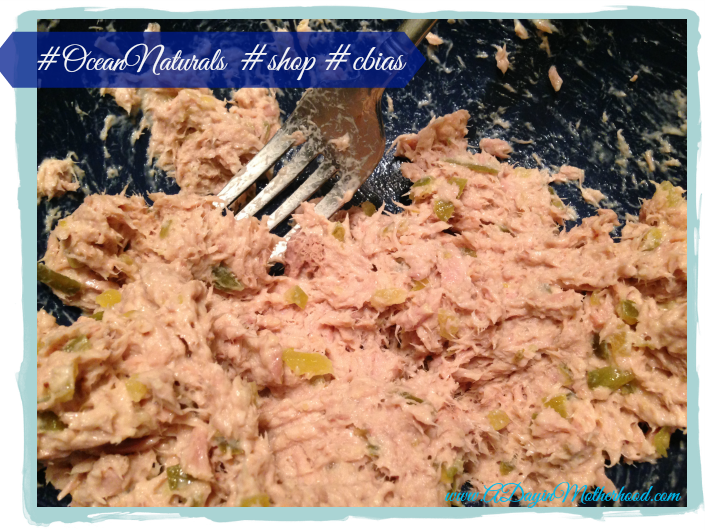 I dumped it in a bowl and flaked the large chunks down with my fork. I did drain the can but the smallest amount of water came out that I have ever experienced and nothing but tuna was left. So when I flakes the tuna, no water escaped to make it mushy at the bottom. This is really good stuff guys. Really!

I added a tiny bit of mayo to the tuna just so it would adhere together and then added relish for a little crunch. After laying out my wrap, I spread the dill and mayo on it, added some very thin slices of colby cheese, topped the whole thing with a nice layer of tuna and carefully rolled it up. 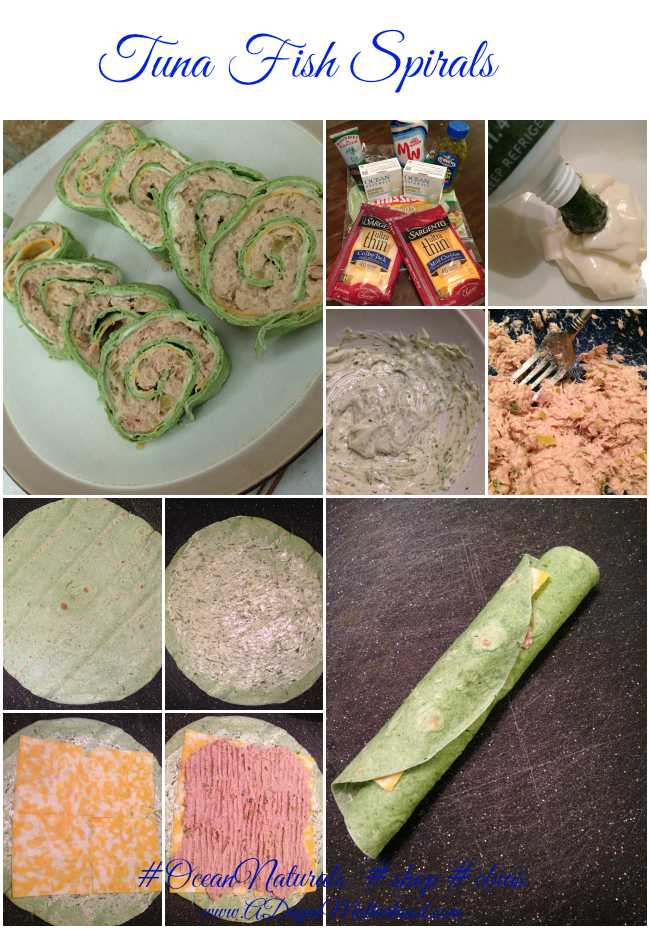 Using a serrated knife, I gently sliced the wrap into spirals. As I did other things around the kitchen – the dishes, opened the mail, watched my four year old ‘do the dishes’ too – I snacked on the incredibly moist and delicious spirals I made. Not only were they amazingly appetizing to look at but they were a much better alternative to some high fat snacks that I have been known to grab in a time crunch! 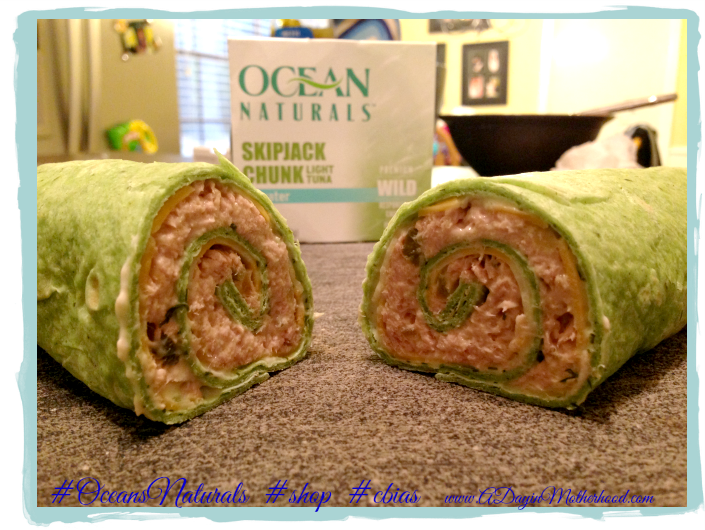