For a while now, I have been using the same brand of laundry detergent. And I like it.  But every once in a while, I like to try something new to see if I can get different results!

Lately, I have been fighting to keep my and my kids whites, well…  white! My current detergent does a good job but with three daughters under 6, I have been using a lot of harsh bleach to attack stains. 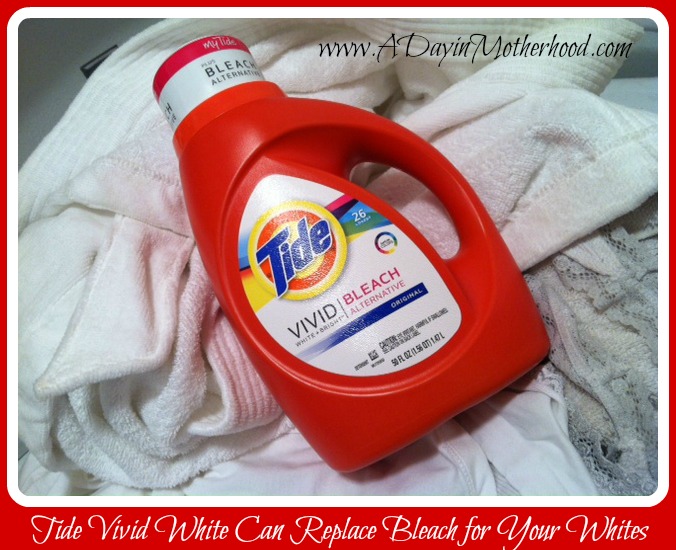 I turn to bleach a lot but have noticed it starting to take a toll.  It can eat away at the seams, thin the fabric and – after a while – it even seems to leave that bleachy smell in longer.

So when Tide asked me to take the challenge to see if their NEW Vivid White + Bright with Bleach Alternative could help me with my whites, I was all for giving it a shot!

A few weeks ago, I received my bottle.  Now, in this house, I do at least one, if not two, loads of laundry a day.  When I get backed up, I can do 5 to 6 loads a day.  So I was the perfect person to try this out!

I gathered my piles of whites for the first load, used the Tide with Bleach Alternative and set out to break the rule of using bleach to whiten!  I put my machine on the Whitest White setting and walked away. 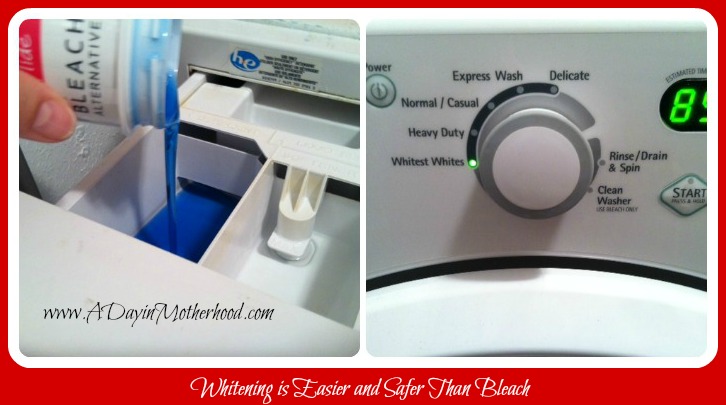 I can’t say I noticed a change on the very first wash.  I never trust my eyes right off the bat.  But I will say that I have noticed over the last few weeks that my whites not only seem whiter, but softer and more like new than they have in a while!

I wish I had thought ahead to take a picture of my whites before and my whites after but in a household like mine, every thing gets put in a drawer, worn and then washed again!

I really have enjoyed using Tide Vivid White to clean my whites that are dingy and in need of some sprucing up, but without the harshness of bleach!  Pick some up and let me know what you think! 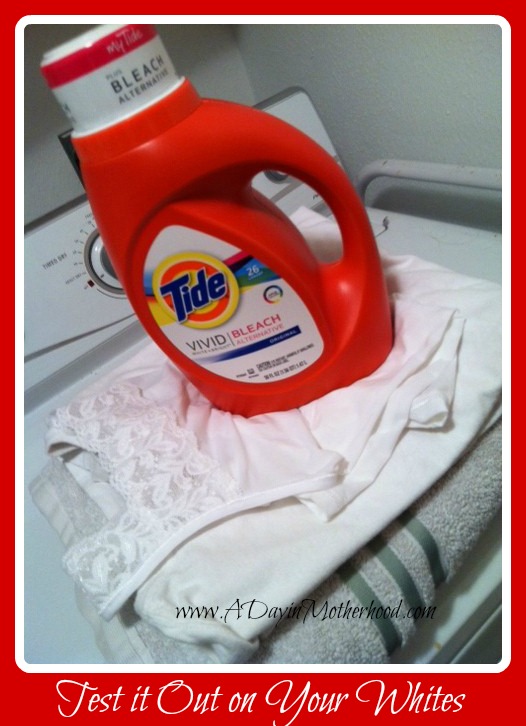 This is a sponsored conversation written by me on behalf of Tide. The opinions and text are all mine.