August 6th is National Root Beer Float day. So whether you want to host a party with friends, just enjoy the fizzy-cream, or experience a new way to taste this childhood favorite, we’ve got you covered. Grab your favorite root beer, a good vanilla bean ice cream, and let’s make some root beer floats! 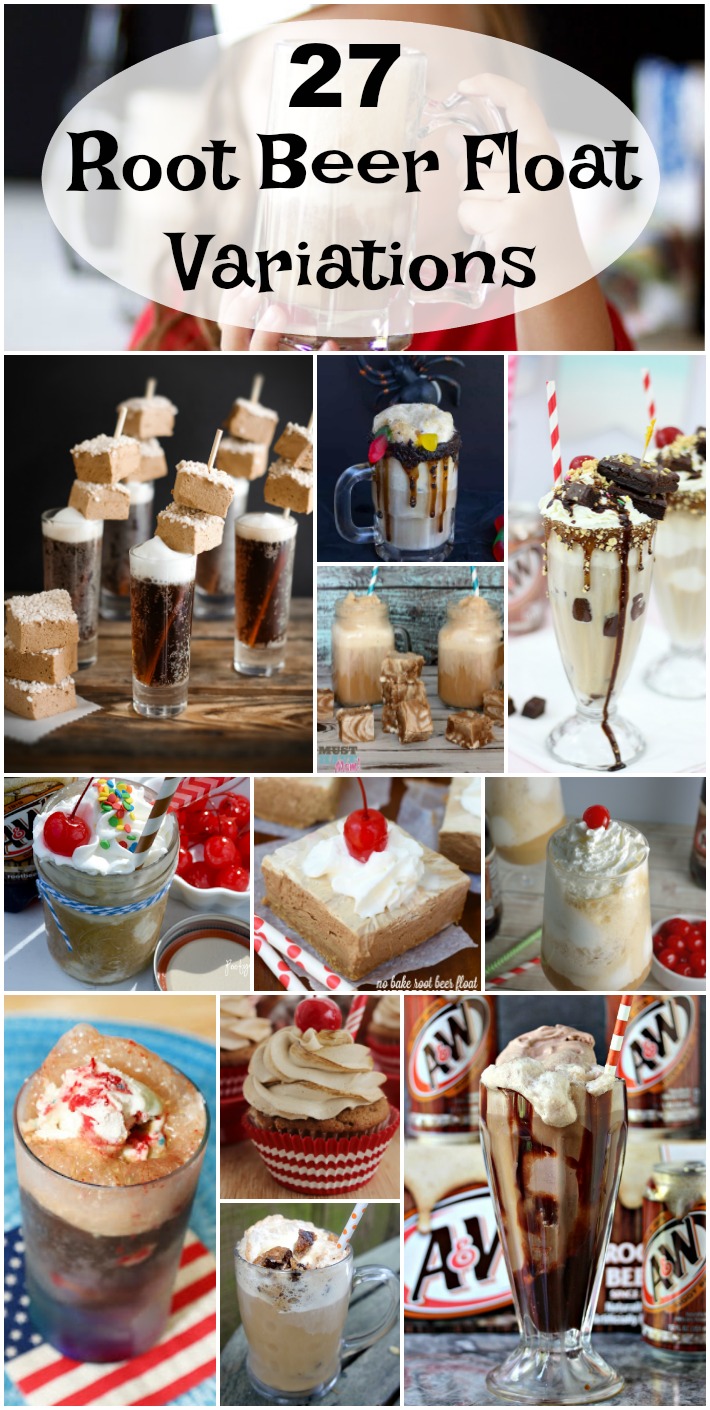 There’s something that brings the child back out when drinking root beer floats. You stick a straw through the ice cream and then between slurpstake  a pause to scoop up a bit of ice cream – it’s just so childish, and absolutely perfect. Nothing can ever beat a good float, but these 7 twists on the classic recipe may have you pondering how to up your next float.

Firecracker Root Beer Float from For the Love of Food

Throw it back to the fifties, take a space adventure with Groot, or visit Tappers with Ralph for a party kids and adults can all enjoy. These 7 ideas have everything you need to throw the perfect party paired with Root Beer floats. Print off some fun invitations, and get your party favors ready because guests will be begging to come to these parties.

When I think of a party, I always think cake and ice cream. Our parties usually end up with soda as well. It must be a sign that the three all go together. The following 6 recipes will let you have your cake and eat it too. Serve up some ice cream with the cake, and well, I think we can all agree these float flavored desserts would be a hit for anyone’s party.

Root Beer Float Popsicles from Eating On A Dime

Of course cake, ice cream, and the ever loved classic beverage are not the only ways to enjoy this delectable combination. All you need is some root beer extract, and some kind of cream to recreate the flavor of floats in any recipe imaginable. Get fancy with fudge and truffles, or make some marshmallows to top your float. Have a flavorful snack ready for afterschool fun, or continue the kids learning with a yummy science experiment.

Root Beer Float Fudge from Must Have Mom

It doesn’t matter how you plan on celebrating come August 6th, but with the 27 ideas for root beer floats here, you’ve got plenty of ways to choose from. Of course, August isn’t the only time to celebrate either. These treats will be good anytime you choose to enjoy them. It could be family game night, first day of school party, had a bad day treat, just because, or my favorite to soothe a sore throat.

How will you celebrate with root beer floats?