The Houston Texans seriously ROCK! This, despite the game last week where we tanked to Baltimore, is my mantra and has been since the day this expansion team healed the wounds of the deserting Houston Oilers. Luv Ya Blue fans were truly blue when that team became the Tennessee Titans. But with the Houston Texans ready and pumped to do some serious damage this year, I am all over the games like buffalo sauce on Tyson Buffalo Chicken Strips! And I am creating tailgating recipes to go with my excitement!

Head to Sam’s Clubs Nationwide 10/5/13 where there will be Tyson samples as well as tables set up for finger football with referees! The first 200 people that attend the demo get a free Finger Football take home kit! Download the FREE APP! 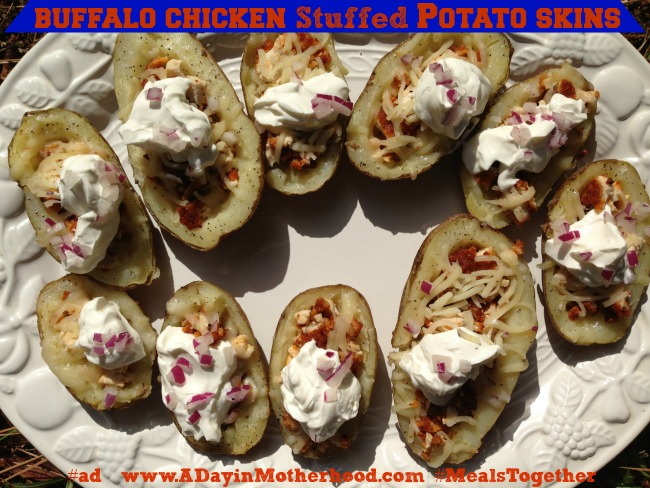 I used to have season tickets to the Texans. Many moons ago when money was plenty and the children were not thought of. Once the kids were born, that was a sacrifice that had to be made. But my passion is still crazy… it’s just I scream at the TV now instead of the players on the field. I swear they can hear me!

Being home for the games does not mean I have to sacrifice a single thing to have some seriously fun Tailgating food, though! In fact, the only thing I do sacrifice is the hole in my pocketbook!

For the game this week -which we will win… yes we will… yes we will – I’ve been all about making some amazing snacks to tailgate in my driveway with my neighbors. It is something we do that adds to the fun and excitement of game time! We pull up the trucks, put the snacks on the tailgate and shoot hoops between quarters while the kids play! 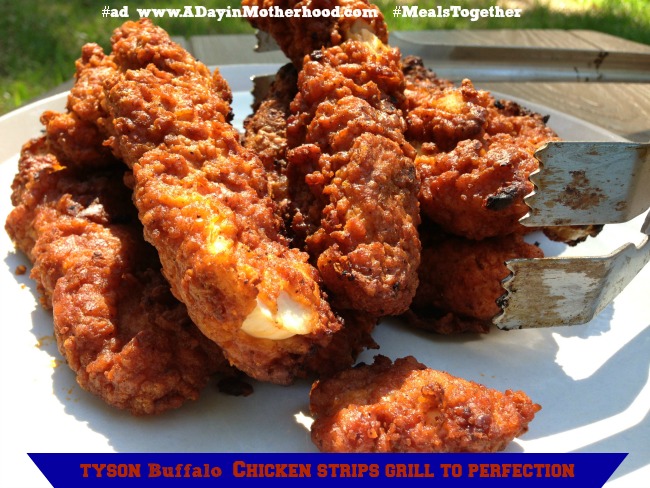 Now, I don’t know about you, but yummy potato skins at a sports bar are one of my favorite snacks for a pigskin rally. But I like to take the norm and amp it up a little. So instead of your basic skin with bacon, cheese and chives, I created some filling, delicious Buffalo Chicken Stuffed Potato Skins that had a little kick!

I headed to Sam’s first. I wanted to see if there were any teasers for the Tailgate Touchdown App that will enhance the Finger Football experience on 10/5/2013 and I wanted to get some Buffalo Chicken Strips from Tyson. Anytime I think about football I think of spicy, delicious treats. So this was a no brainer when I wanted to add chicken to the skins! 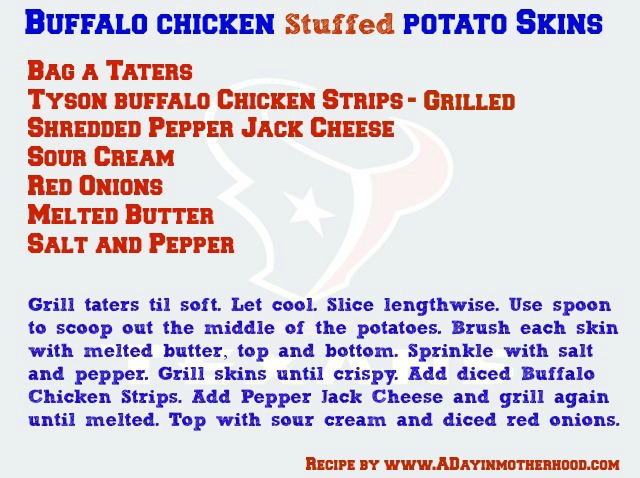 I did not see any advertisement but I grabbed my bag, my vitamins that I exclusively get at Sam’s and some other little things I needed. Then it was time to go home, pop the tailgate, fire up the grill and get my potato skins recipe on! I have to say, I did not think I could do all of this on the grill. But one the potatoes and chicken were cooked, assembly was easy! Tip: save time tailgating by cooking the potatoes and chicken strips ahead of time. 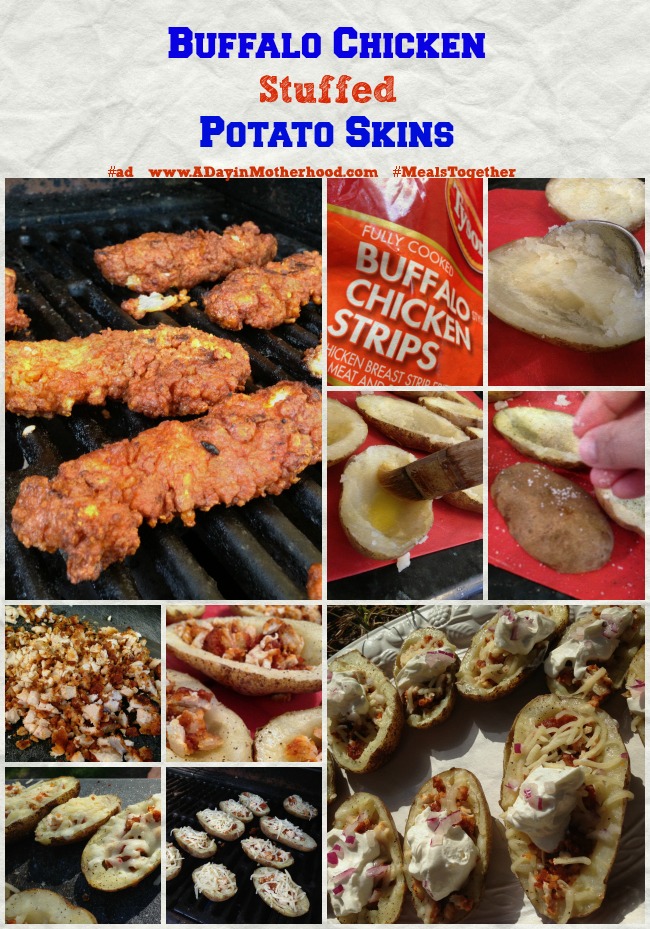 These were DELICIOUS! I beg any bar to go up against these and tell me that these were not created somewhere other than on a grill at a tailgating party! The tangy kick of the Buffalo Chicken and the extra hint of heat from the pepper jack cheese combined with the cool sour cream made them creamy and tasty. Follow them with a cold beer or ice water and you will feel like you are at the game!

How do you tailgate at home? I would love to see some of your recipes! 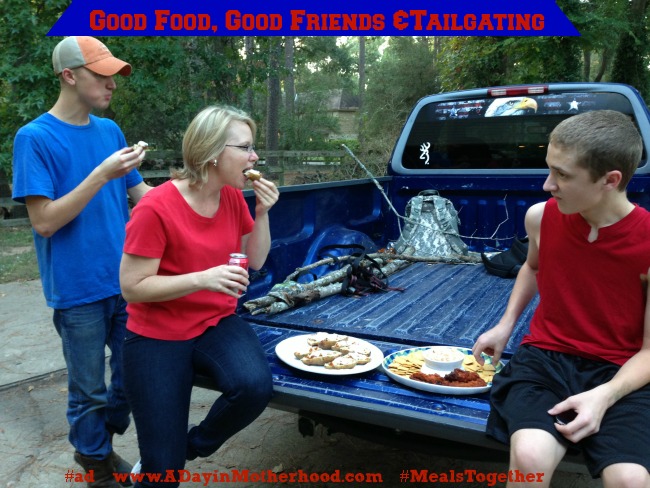