Modarri has come out with their newest product complimenting their finger cars – Street Track! I received Modarri Delux Street Track in exchange for this honest review. 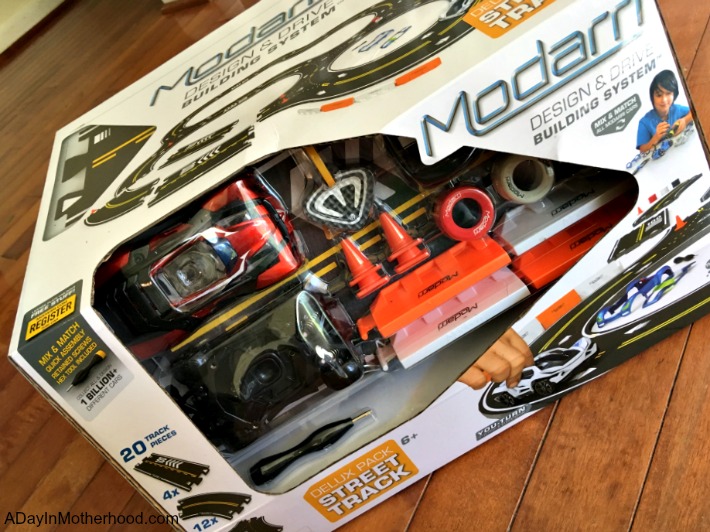 We love Modarri finger cars. From the first day we started playing with them, they have been the #1 played with car in our home. From races to learning how to build a car, these cars have inspired play between my own children and all their friends. 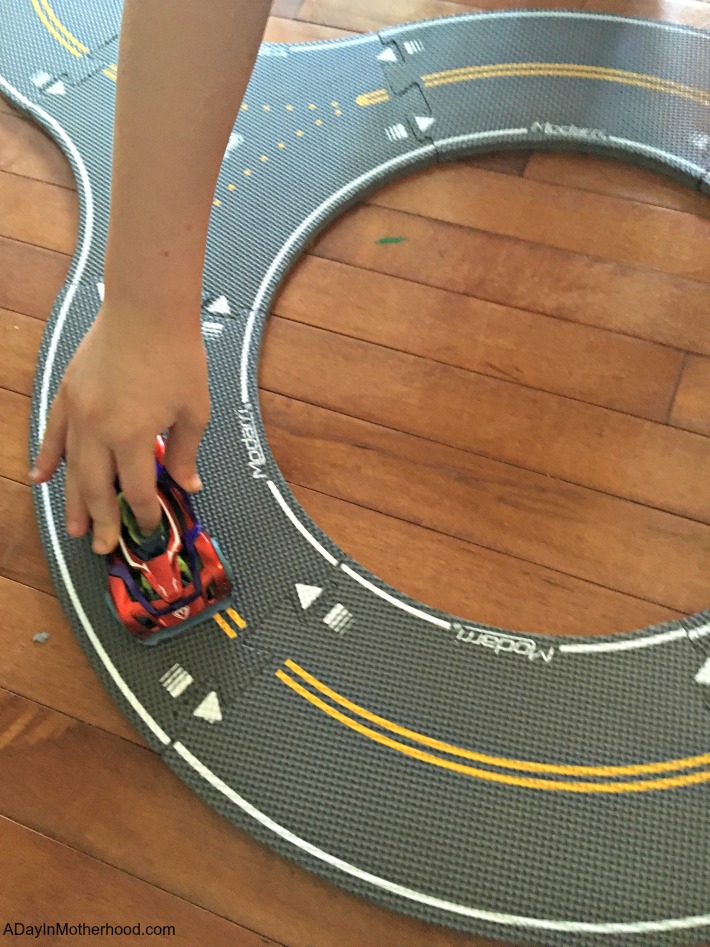 I enjoyed watching my nephew play with them so much that for his birthday this year, we bought him his very own Modarri finger car.

So with how much we love these cars, we were more than happy to give a test run to the Delux Sreet Track. From the moment we opened the box, until bedtime, it’s all my kids wanted to play with. 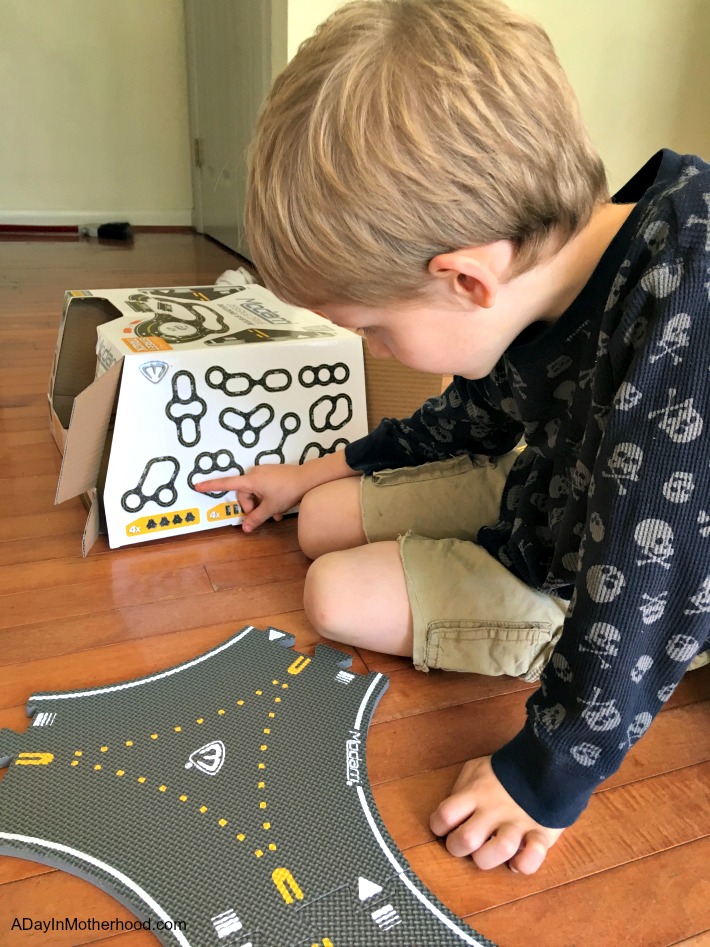 OK, back up. First, my son was the only one who wanted to play. The girls weren’t interested in the tracks. At least they weren’t until I got down and started playing with him. We were having such a blast, that they slowly started to trickle over. Eventually, I slowly backed myself away, and let them continue naturally into some sibling bonding time. 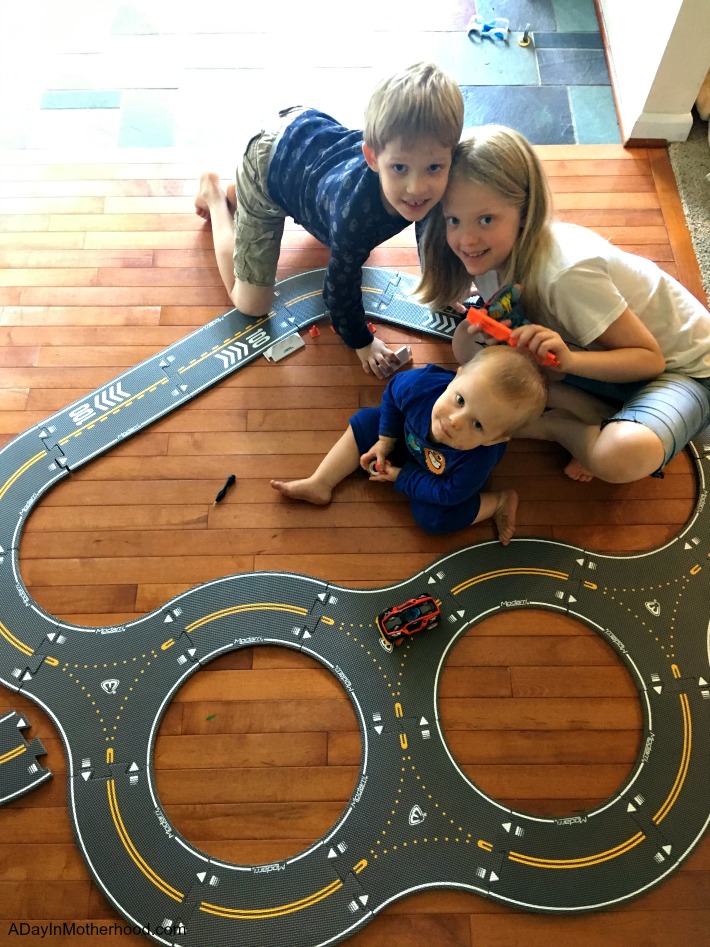 Together they figured out how to put the track together to give them each their own little space. Then the building blocks came out so they could create towns around the track. Finally, everyone got their own finger car, did a little switching around with some of the colors and tires, and then began using the street track to visit each other’s little towns. 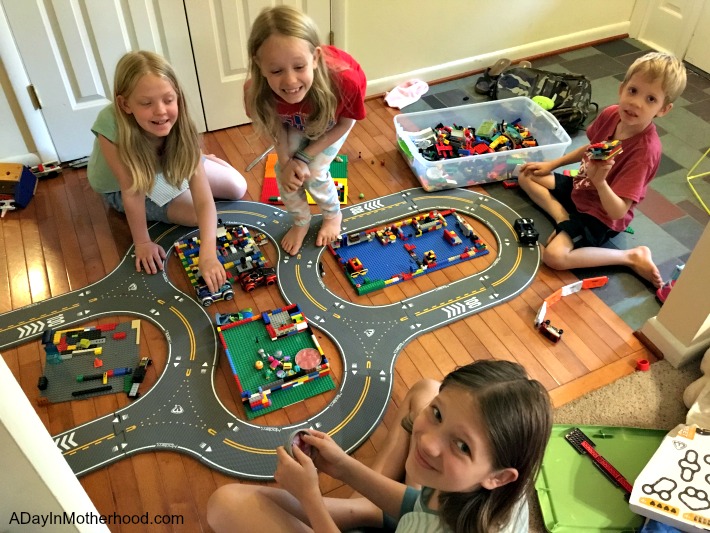 I sent the above picture to my Sister-In-Law, knowing her sons would love to check out the new track too. Sure enough, her kids were begging to come over with their finger car and play on the track too. We welcomed them, and the best part of that was when my littlest actually played with his Uncle.

We have this running joke where we call my Brother-In-Law “not Dad” because he and my husband look pretty similar. The toddler doesn’t always notice it right away, but when he realizes it’s not his dad, he cried and wants nothing to do with his Uncle. So when they spend 10+ minutes happily playing side by side on this track, it was a little miracle. 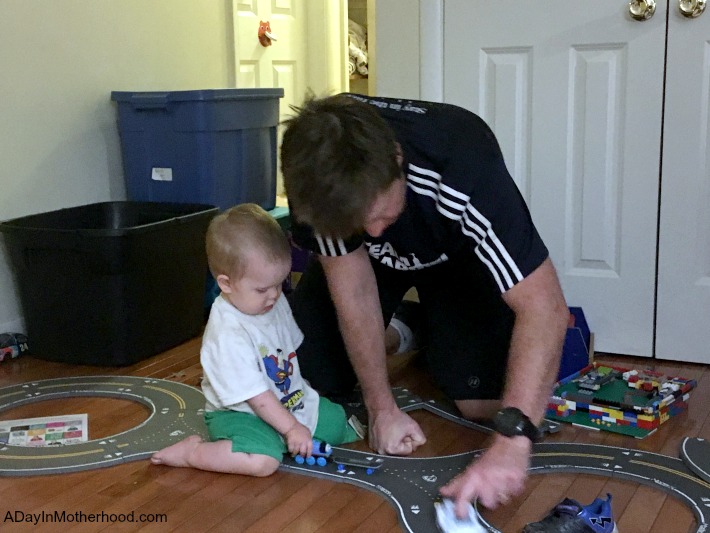