This is a guest review from Adelina at Home Maid Simple. Transformers product was provided for an honest review. All opinions are 100% my own. 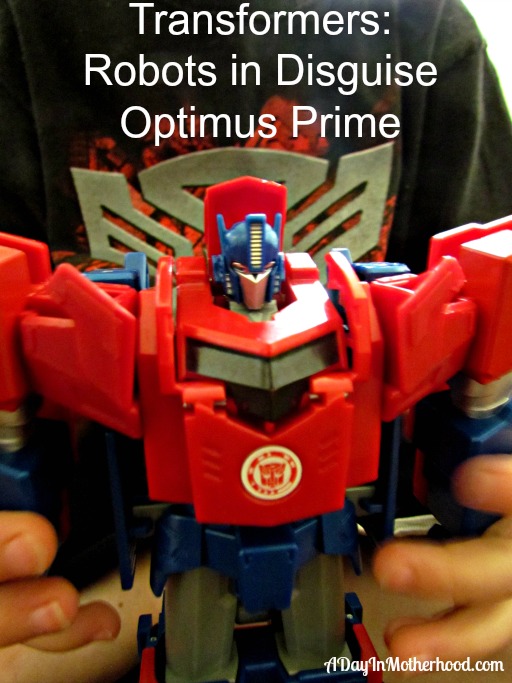 Saturday happened to be my baby’s 4th birthday. After 3 girls we were blessed with a little boy to throw in the mix. Spending his whole life in a house dominated by girls has made him a bit of a softy. It’s not something I mind in the least, but I do love seeing the toys and shows he is drawn to that contrast so much of what his sisters enjoy.

While My Little Pony was a big thing in this house, the last year has brought a surge in Transformers. Perhaps it was moving near his cousins who have a dominant male presence with 3 boys and 1 girl. I don’t mind it though. The girls have rallied around and found themselves just as enthralled in Transformers as their brother. 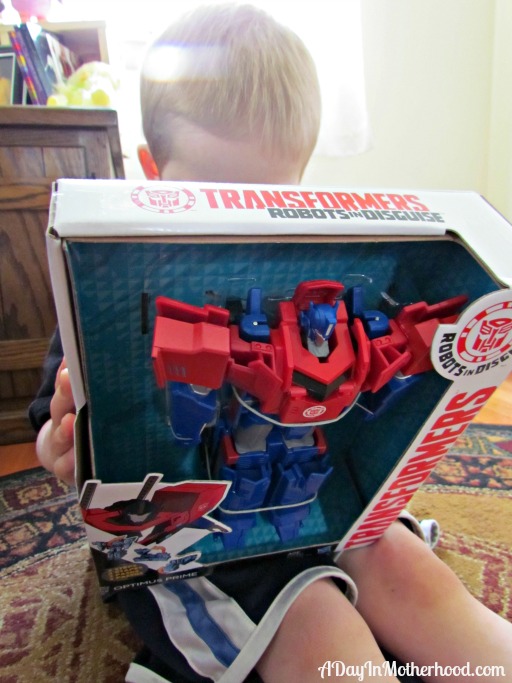 We had celebrated the little man’s birthday earlier in the week with extended family, so we didn’t have much planned for his actual day. When the doorbell rang and a package was handed over, his day became the best ever. “Mom, can you open it? Mom, I love it! Mom it’s the best!”

Maybe I’m stroking my ego there a little. It was probably a bit more like – MOM OPEN IT NOW! AHHHH!!! Why is it taking so long!

Truly it didn’t take long at all, though. With easy ties, that didn’t require the use of scissors, knives, or other potentially harmful objects to use around excited kids, Hasbro has their packaging spot on! So good in fact he wouldn’t put the box down, even when Optimus Prime was set free. The back had colorful details in exactly how to transform Optimus into vehicle mode, and he had to make sure he knew steps 1 2 3 perfectly. 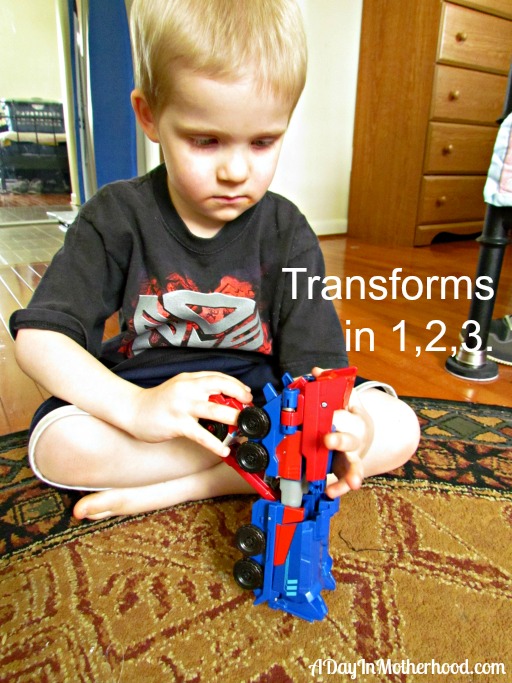 The initial transforming took a bit of muscle, but once we moved it around a few times the pieces transformed for his little hands without anyone else’s help – an important thing at 4 years old. For the next 48 hours, Optimus never left his hand. He was probably transformed 100 plus times as we showed everyone we came in contact with how cool his new birthday toy was. 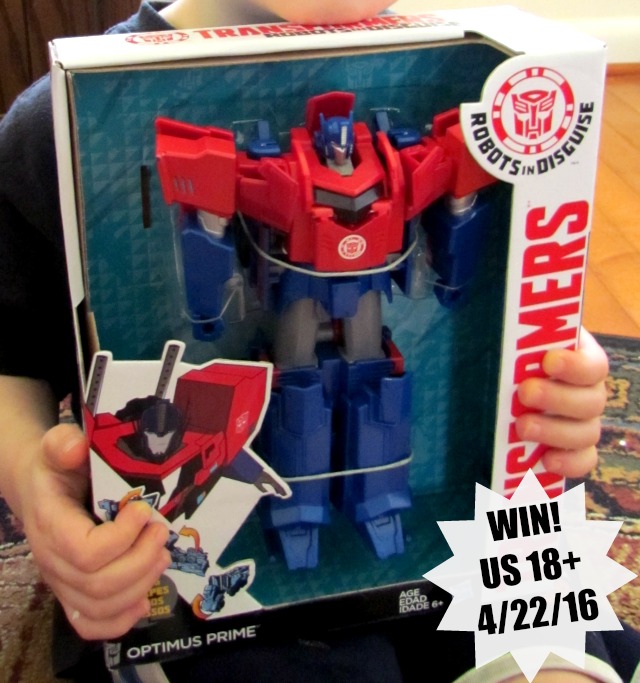 Have a child who would love these Transformer toys from Hasbro? One reader will win a Transformers 3 step Changer. Open to US 18+. Ends 4/22/16