Harry Potter took the world by storm and continues to be one of the most beloved characters to come out of books and movies.  It was only inevitable that an amazing collector’s edition of the eight films came out for fans to collect and enjoy for years to come! 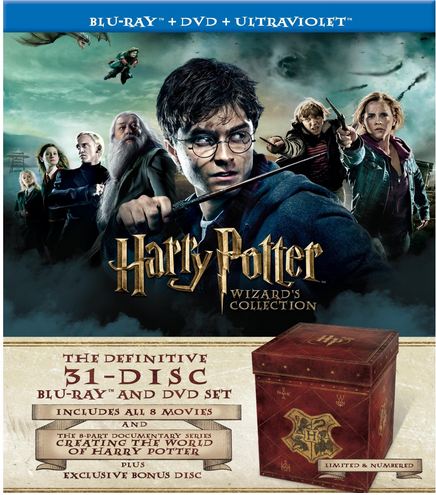 is, indeed on store shelves and available online.  But it is more than just the 8 movies.  There are almost 10 hours of bonus materials available too and it really makes the collection!

I was a lucky recipient of the bonus materials and am so glad that I was!  From the amazing interview with Author J.K. Rowling to the introduction of the stunt doubles and other behind the scenes cast members, this is a walk through the underbelly of the making of the Harry Potter movies!

Check out this clip of some of the bonus material below:

Everything on these discs are ALL NEW!  Including the candid feelings from cast and crew on the last days on the Harry Potter sets!  I loved this part of the bonus material and really felt for the actors as they grappled with the emotions of leaving friends who had become family and faced an uncertain, “What do I do next?”

On the first bonus disc you can learn all about the Creating of the World of Harry Potter.  The secrets revealed are fascinating and really gives the viewer an enhanced understanding of how it all came together. The work, the determination, the intelligence… it is all very impressive!

Check out what else is on just the bonus features of this amazing collector’s edition:

Nearly 4 hours of features including: 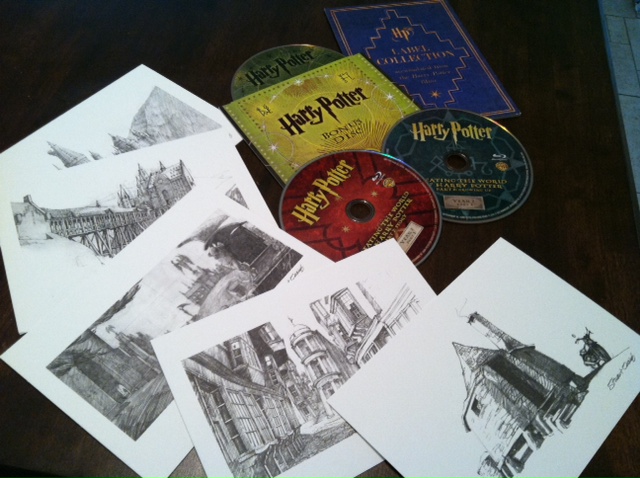 Also included are the pencil sketches from Stuart Craig- these are STUNNING and can be framed for that perfect Harry Potter room – and the Harry Potter Label Collection!  All in all, this bonus material alone is worth the collection.  And the collection WILL SELL OUT FAST!  So get your Harry Potter Wizard’s Collection TODAY before they are gone!

How amazing would it be to give this collector’s edition to your Harry Potter fan this Christmas?

*I received this bonus material for review purposes only.  All writings and opinions are my own.  Please see my Disclosure Statement for more information.**