Do you ever just have those stressful days or moments where you need some sort of relief but you’re unsure as to what would help?  We all have those days, right?!  The other day I was really having a case of the Mondays and it wasn’t even Monday! What does that tell you?  I searched high and low all over my mess of a desk for that stress reliever ball my bank gave out during their grand re-opening but it was nowhere to be found.  But then I remembered receiving a package from Crazy Aaron’s Putty World. 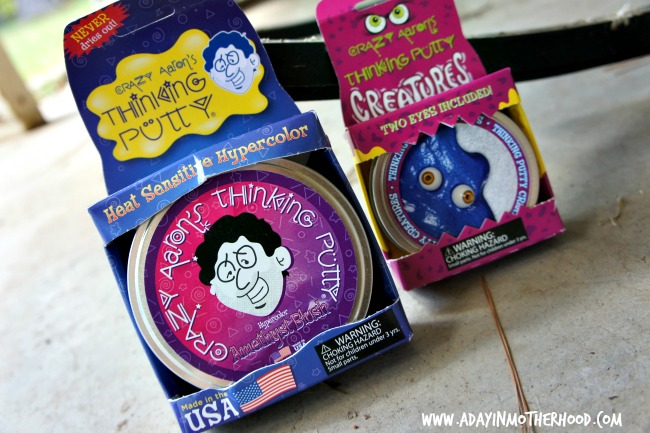 I tore the box open and started playing around with the different varieties I was given.  They have heat sensitive color changing, Crystal Clear and Super Magnetic – all in amazing, fun colors.  So I squished, squeezed and played around with this Crazy Putty for much longer than I should have!  But you know what, it really did help work out some stress and even helped my carpal tunnel a little bit.

So a little bit about this Crazy Aaron’s Putty World – 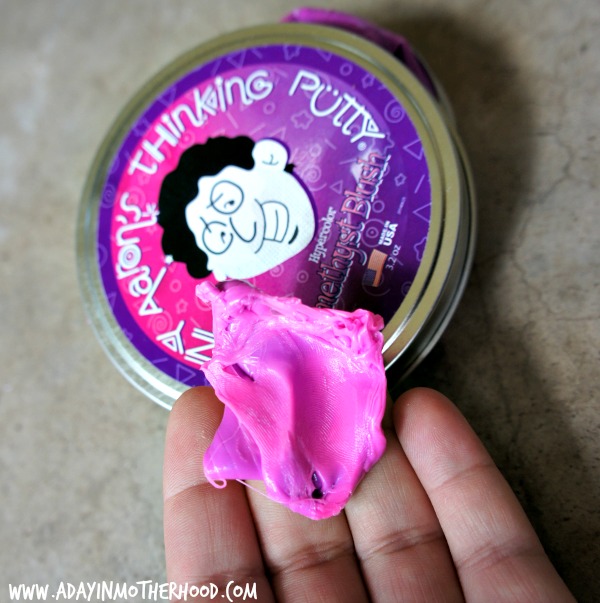 Rewind to 1998, when the creator, Aaron Muderick, was designing websites for a living.  In his downtime, he was searching for the ultimate ultimate office desk toy. He persuaded his colleagues to combine their resources in order to purchase 100 lbs of bouncing putty from a large chemical supplier, which was a huge hit.    Soon after, Aaron began building his lab, researched and refined his own putty recipe and creating a few varieties along the way.  Now he has a company with over 500 people on his team!

Crazy Aaron’s Putty is great as a stress ball, squeeze toy or even a therapy tool for anyone ages 3 and up.   These made in the USA products can be found in specialty toy stores, science stores, museum & gift shops, bookstores, colleges, hospital gift shops and of course, arts & crafts stores.  You can check out more at their online store.

Today, over 500 people work as a team to assemble Thinking Putty while developing vocational skills and economic self-sufficiency. The putty itself makes a wonderful stress ball, squeeze toy, or therapy putty for those ages 3 and up. 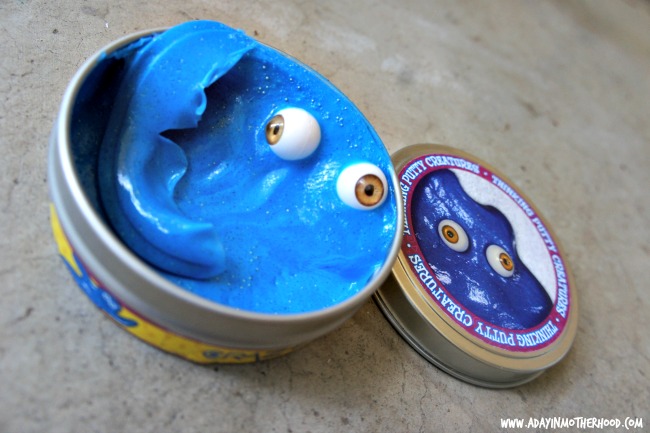