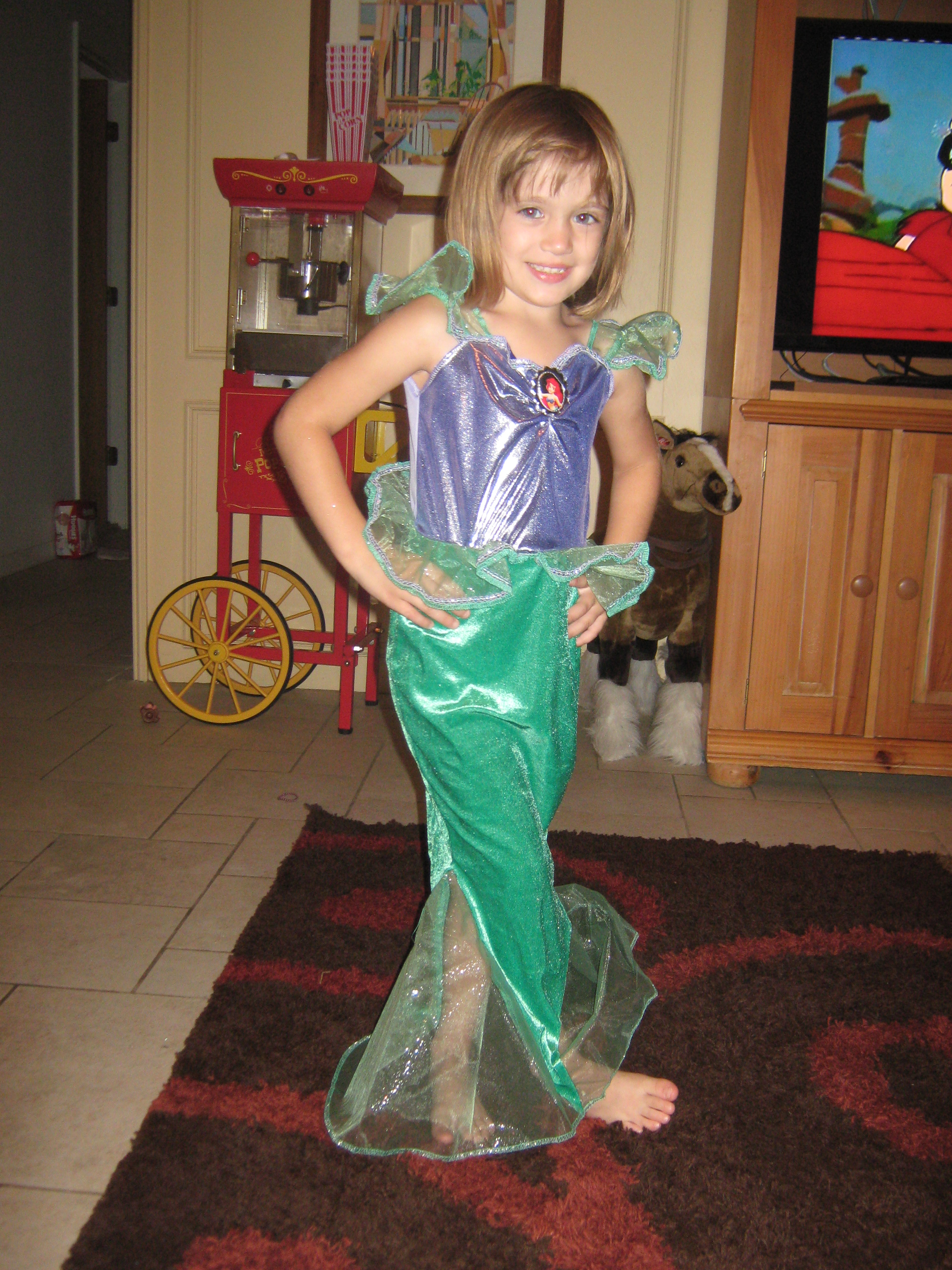 My girls love to dress up.  In fact, we change our outfits and costumes at least thirty times a day!  As you can imagine, all of that on and off- and leaving rumpled on the floor – is hard on costumes!

So I am always on the hunt for quality, affordable costumes that my kids will play in over again!

I was asked to look at CostumeSupercenter.com right about the time I was throwing two more princess outfits in the trash.  They were fairly new but the seams were ripped out already.

My girls and I scoured the site and finally settled on the Ariel Little Mermaid Child’s Costume!

It arrived just a few days later and I opened it to three very excited little girls!

I could tell, immediately, that this costume was made to last!  Unlike some that I pick up in stores and see already have small tears and rips in the seams, this was sturdier and more reinforced.  I do not sew but I know that some outfits already have unraveling threads and I see none of that on this one!

But the true test of a great costume that will last in this house is the fact that it has not hit the floor or the hanging peg all week.  One girl or the other has worn it to do everything except sleep!  And it is still here, looking new and as pretty as the day it was received!

I can not wait for Halloween this year so that I can order the girls Halloween Costumes from CostumeSupercenter.com!  I already have my eye on Minnie Mouse 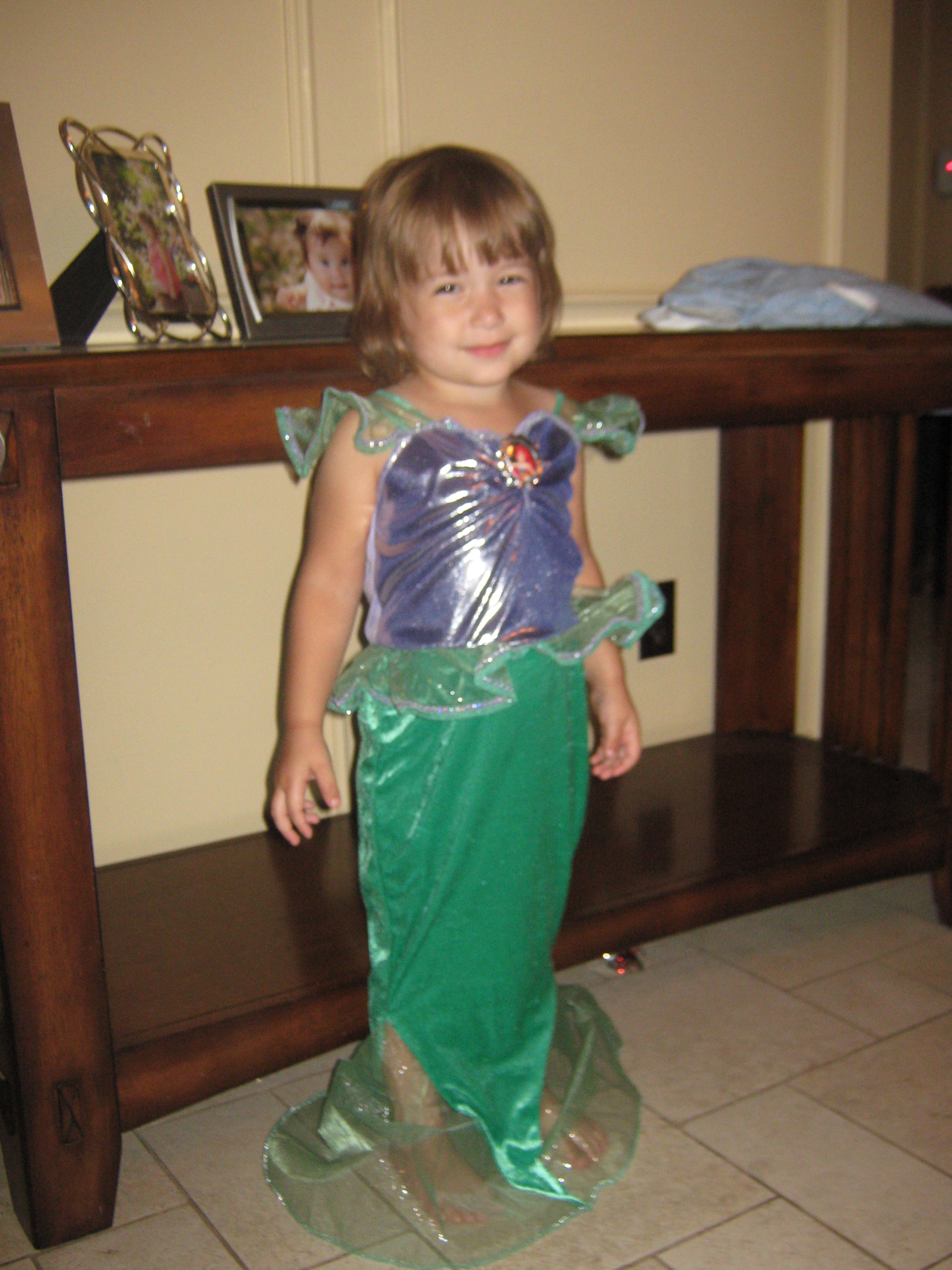 for Megan, Belle for Sarah, and maybe a Poodle skirt costume for Katie!

But, if your house is anything like mine, you know that costumes are not just for Halloween and that they can be used in dress up all year long!  So while I have the girls Halloween costumes on my mind, I also had new princess, doctor, chef, and other fun outfits that will aide in my girls creative play all year long!

And, music to a moms ear, most of the costumes I have picked out sell for less than $25 each!  There are some really great deals in their clearance section as well!

So if your Pirates fanatic, your Barbie want to be, or you little angel needs an outfit to role play, check out CostumeSupercenter.com!   And stick around to look at some of the fantastic adult costumes as well!

**I received the  products discussed for review purposes.  ADayinMotherhood.com is the writer and distributor of this review.  100% of the opinions and writings are ADayinMotherhood.com’s and can not be duplicated without prior permission.  Images and links were used with permission from the marketing company.**