I love my dog, Bud.  He is sweet, loving, protective and has been the dog that my kids are growing up with.  His story is not unique.  He was abandoned at a friend’s house 9 years ago, left at their door as a 6 week old puppy.  They took him in and the next day, while we were there for a crawfish boil, I fell in love and took him home.  I named him Budweiser since I got him at the boil and calling him crawfish was just weird!  He became Bud and the best dog ever! 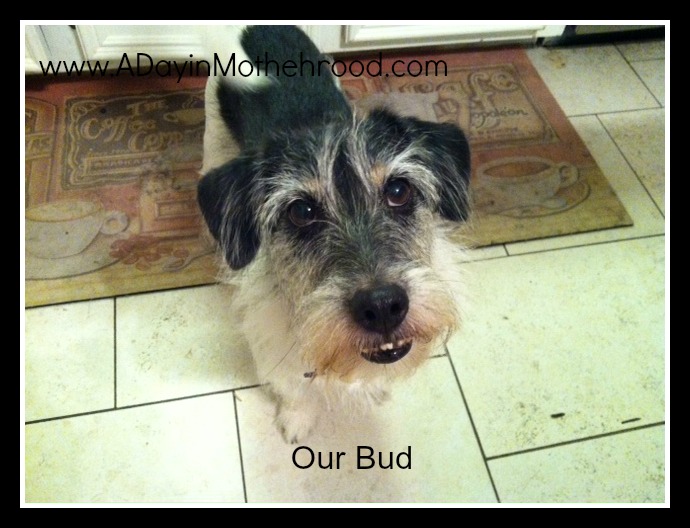 Now that he is my only dog left – I had three at one point – I like to spoil him.  I call him middle aged but really, he is getting on in years.  And it is starting to show.  Having eaten hard food his whole life, I have noticed that he does not eat as much but still seems hungry.  So I have started to introduce soft foods into his diet.

One brand that he always loves and I like to buy is Cesar Brand Dog foods!  He is under 20 pounds and one little container makes him very happy!  So I am very excited to learn that there is a new line of foods now on shelves called Cesar’s Savory Delights!  I was even more excited to get a box to sample the new product in the mail!

More than the small containers for small dogs, Cesar’s now offers 10 ounce cans, too!  I love this for Bud as I can split the can if I want or just give him the whole thing if he seems hungry.  And let me tell you, when I gave him the Filet Mignon Flavor the day I got these, he devoured it!  As he has every flavor since!

Check out the website for a BUY 3, GET 1 FREE coupon! 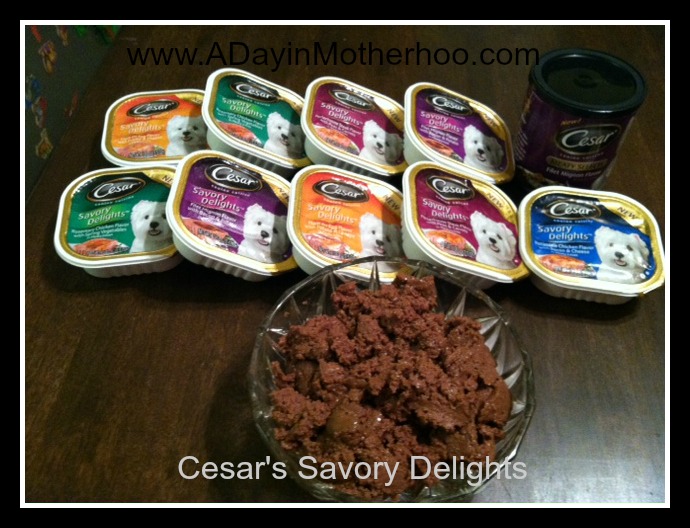 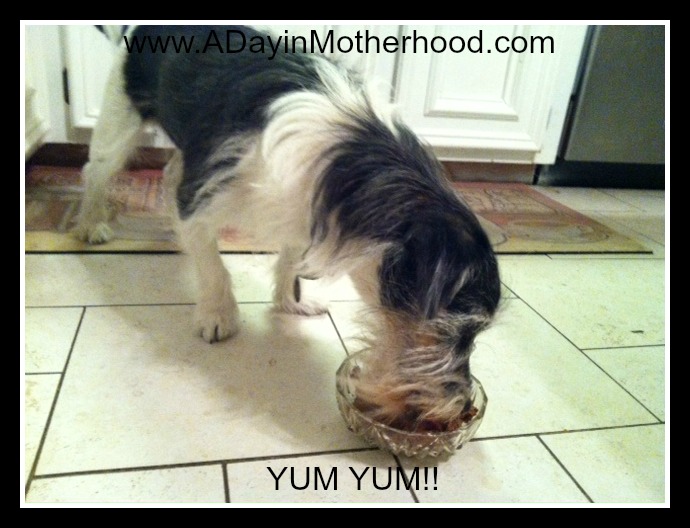 **I wrote this review while participating in an ambassador program by Mom Central Consulting on behalf of Cesar and received product samples and a promotional item to thank me for taking the time to participate.**