Bugs in the Kitchen Board Game Review

Bugs in the Kitchen Board Game Review

We had the opportunity to receive the game, Bugs in the Kitchen, from Ravensburger.  What a FUN FUN FUN game!!!! 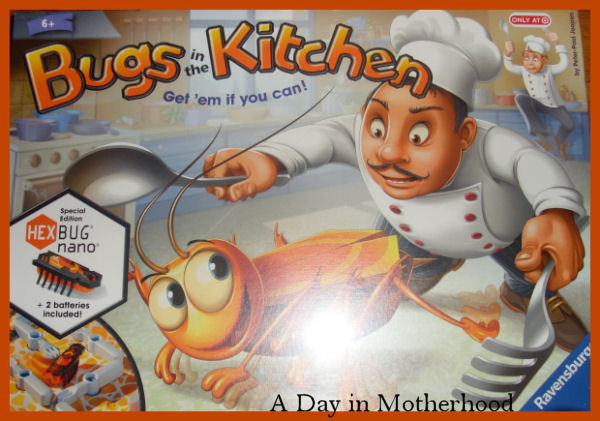 The kids LOVED the little bug that fluttered around the maze they created. They were squealing the whole game as they yelled for the bug to go to their trap!  Each child takes a turn rolling the dice and it then tells them which utensil they can move.   As you turn the utensil the maze changes and the bug can turn directions.  One minute the bug can be headed to your trap and with the next move be headed to your opponents trap.  Definitely keeps the kids interest as it changes by the turn! 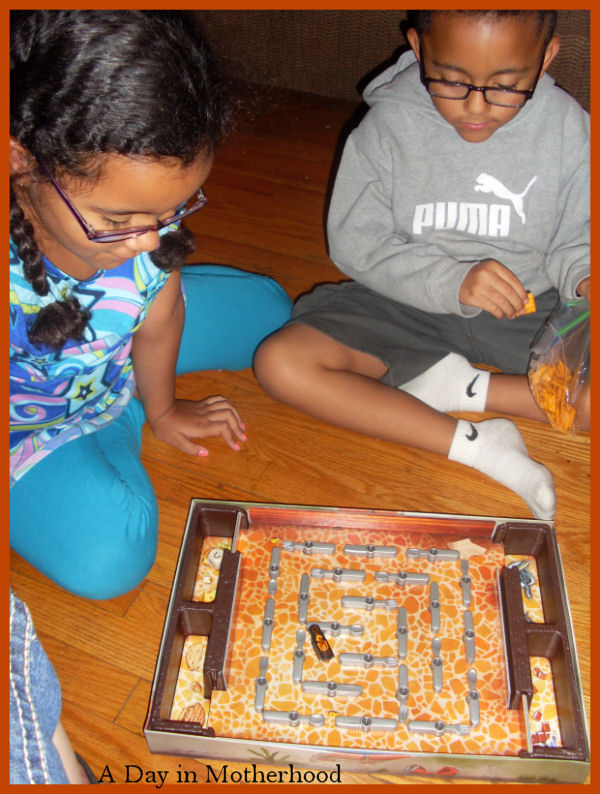 We found the game to be perfect for our children because they “got it”.  Not a lot of crazy instructions for them to remember.  They are 5 and 7 years old and easily played it by themselves as I prepared dinner.  SCORE!!!!!!!!  Any game that gives mommy a few minutes to get something done is a WINNER in my book.  Bugs in the Kitchen definitely provided that! 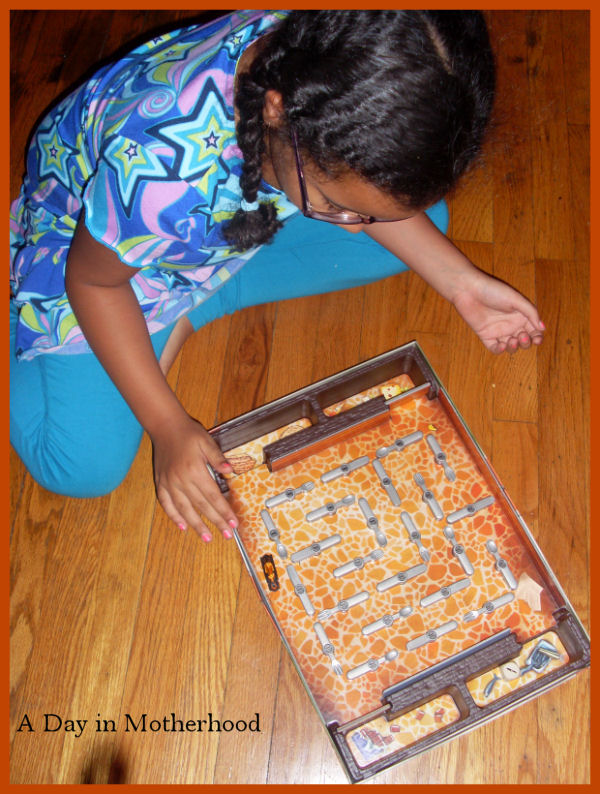 Even my 15 year old joined in and found it quite hilarious!  The bug  just gets the kids giggling with his bouncing around and buzzing.  Max LOVES to just play with the bug outside of the game.  He carries it around letting it buzz in his hand.  So funny to watch. 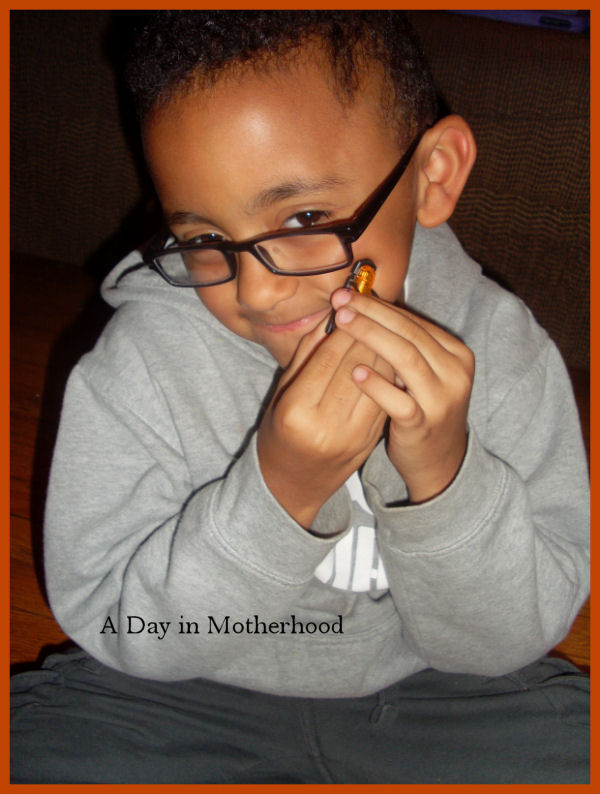 The game comes with 2 batteries for the bug which as a parent is AWESOME!!!  No Christmas morning disappointment when they can’t play the game because we don’t have the right batteries on hand!  And not only do they give you ONE, but provide an extra so down the line you have one on hand when the lil bug goes dead!  Doesn’t get any better than that!!! 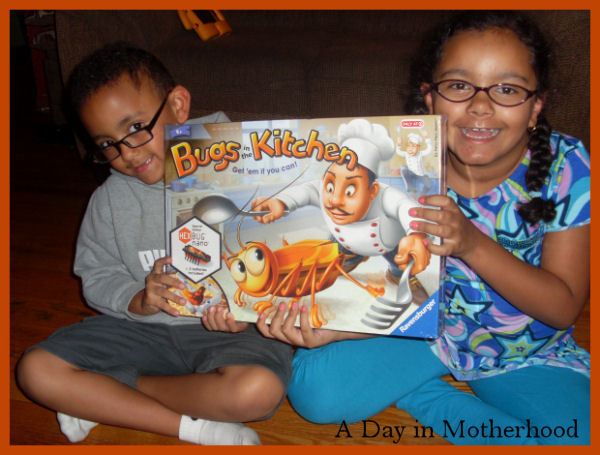 I would recommend this fun game to anyone with kids.  They will find it hilarious!  Ravensburger definitely has a winner with this one!!!