The Cartoon Network is at it again.  Spinning out funny, fun shows that capture your interest and your funny bone!

Adventure Time: The Complete First and Second Season is no exception.  This Emmy Award Nominated Animated show is an adventure for older kids (ages 6 and up) – and adults.  A hugely popular show on the Cartoon Network, the release of the first and second seasons has satisfied a need for families to get involved, catch up and relive this series! 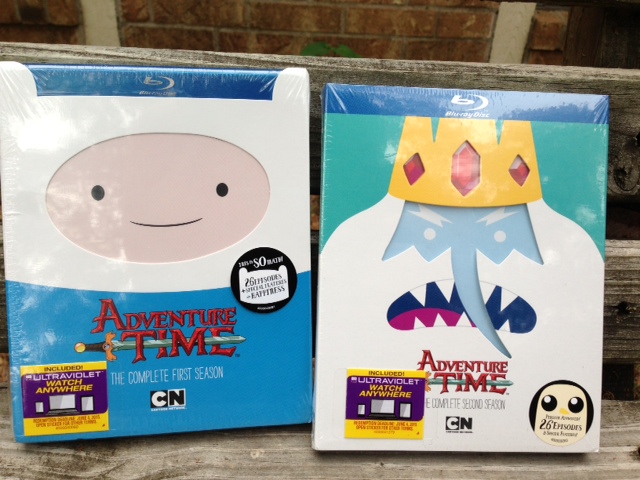 Check out some clips from Season 1 below:

Now, I have to be honest, I had never heard of this series before I received it in the mail.  But I have to say that I understand what all of the excitement is about.  This “underdog’s beat evil monster’s on adventures of a lifetime” story line is addicting and you find yourself rooting for them along the way.

The complete first season features 26 episodes and bonus features like a music video, featurettes, and animations for your kids to enjoy!

The complete second season boasts new characters and adventures as the Finn & Jake continue their time at the Land of Ooo.  In this 26 epoisode DVD on Blu-Ray, the Evil Ice King even loses his beard!

Complete with 26 commentaries and an interview with the crew of Adventure Time (a young animators dream!), the complete second season is as fun and adventurous as the first.

Pick up both seasons NOW and get into the fun, adventure and characters that are soon to be loved in your home!