I was very excited to have the opportunity to review Adventure Time and Regular Show for Cartoon Network.  My 15 yr old has been talking about these 2 shows for over a year now. She finds them HILARIOUS!!!  Last year she actually dressed as one of the characters from Adventure Time for Halloween.  I was excited to be able to review these so I could check them out for myself!  I have to be honest. I thought they were hilarious too!  Love cartoons that I can watch with my kids that I find humorous as well!

The bonus was this pack came with a winter HAT!!  My son Max was THRILLED and immediately claimed it as his own, much to the disappointment of his 15 yr old sister!  I did tell them they had to share, but honestly, she hasn’t had a chance to wear it because he has it on ALL THE TIME! 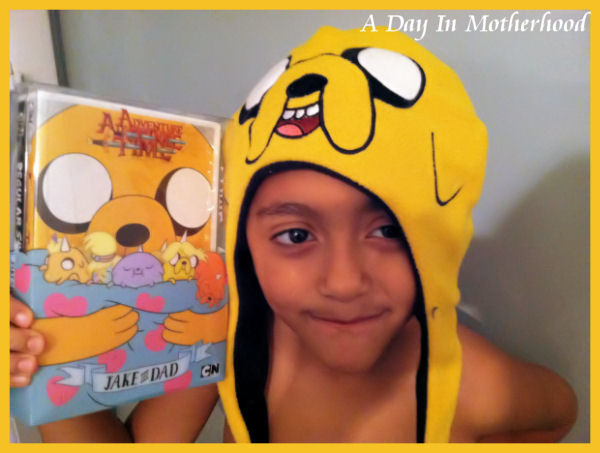 Aside from Emily liking these shows for a long time now, after Max watched the Adventure Time DVD that we received, HE now loves it.  He laughed and laughed and laughed while watching it.   Max is Autistic and isn’t a very laughable little guy, so to hear him laugh, it was music to my ears! 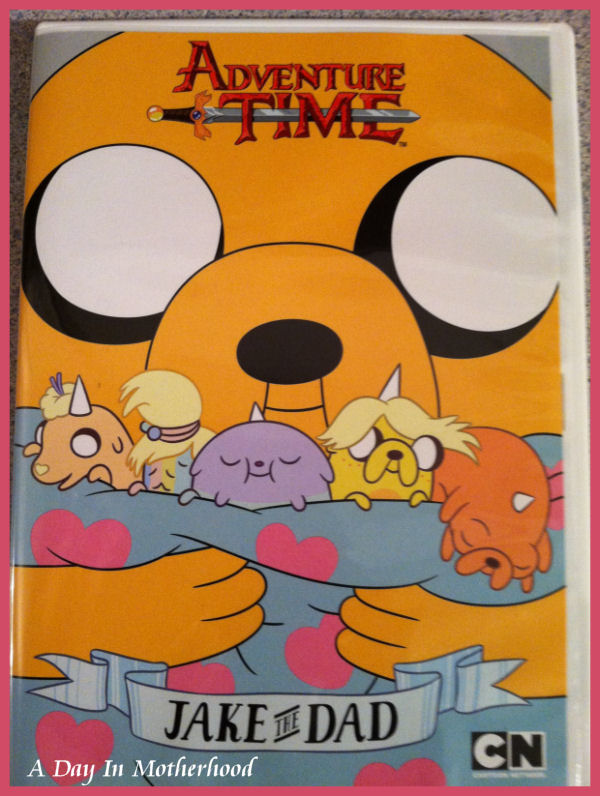 After watching, Max and Sophie (my 7 yr old)  gather lots of stuffed animals and act out the episodes they watched!  It was adorable.  My 15 year old almost drooled when she saw the DVD had 16 different episodes on it. She watched every single one in a marathon Saturday.  Needless to say, she has claimed this DVD as her own!

The second DVD that came in this set was Regular Show.  The 2 little ones didn’t want to watch it because it was called “Fright Pack”, but my 15 year old gladly watches and enjoys this one!  As I said before, she LOVES Regular Show.  She is excited this is a new addition to her DVD collection!   I thought it was very clever and enjoyed the humor in it.  I have actually tuned in to a few episodes on Cartoon Network since seeing “Fright Pack” because I found it so amusing! 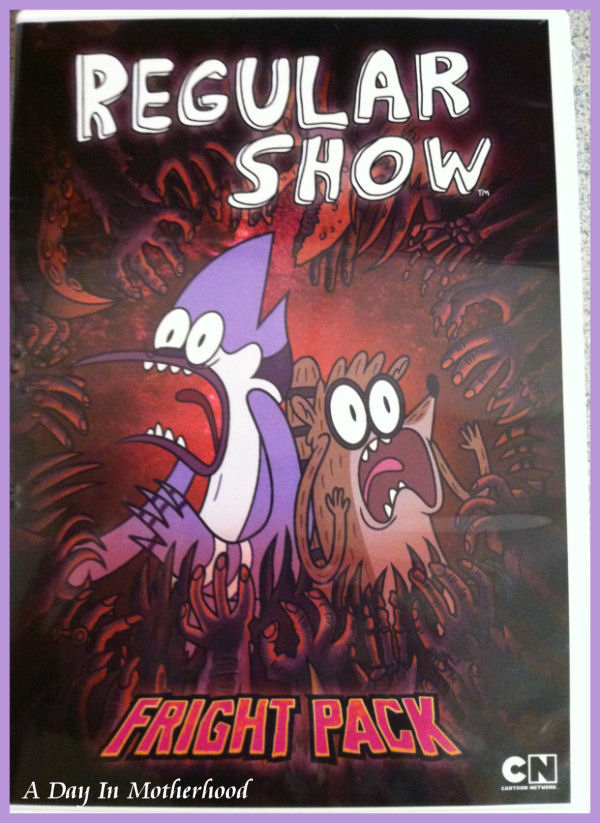 For more information on either of these shows go to…

Seriously funny, family cartoons that you all can enjoy *parents included*