Super Wings toys were provided by Auldey Toys. All opinions are 100% the honest thoughts of Adelina from Home Maid Simple.

It’s the season of giving, and we just had one of the best days giving back to a local hospital that was there when we needed them most this year. 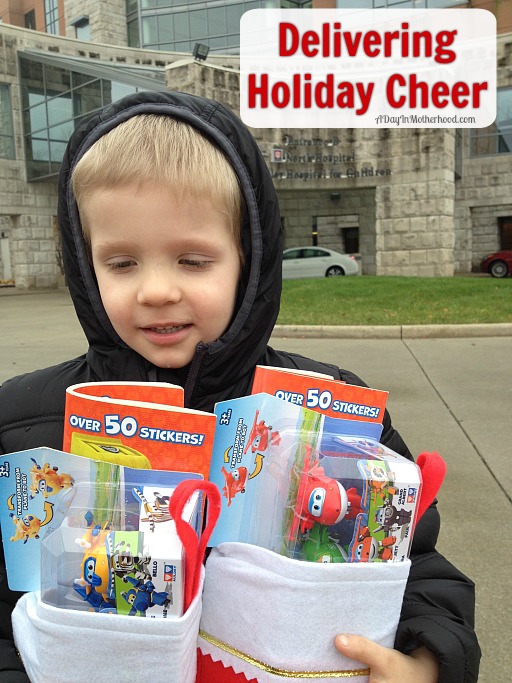 Back in May, we took a panic ridden ride to the ER via ambulance to receive a few stitches in this little boys head. It was probably one of the most terrifying days of my life! All turned out well, though, and not even a noticeable scar was left over.

So when Auldey toys asked if they could send us a little holiday cheer with the new Super Wings toys, we knew we wanted to share some of that cheer with kids who may be hanging out in the hospital this holiday season. While many people get to travel for the Christmas season, kids and families suffering from long-term illnesses won’t get that.

Super Wings follows a plane named Jett – the red one – who delivers packages to children around the world. He helps them solve problems creatively, and teaches children about other cultures at the same time. While we don’t get regular TV like most, we do see Super Wings on Qubo occasionally. Watching Jett interact with children in their own culture gives the kids and I a jumping off point for learning about those cultures ourselves.

When we learned there were toys that transformed from plane to bot just like Jett and his friends, it was like Christmas came early to our home. The tablets have been set aside for almost a week, as Lincoln runs around flying Jett and Paul and prepping the stockings to take to the Riley’s Children Hospital. 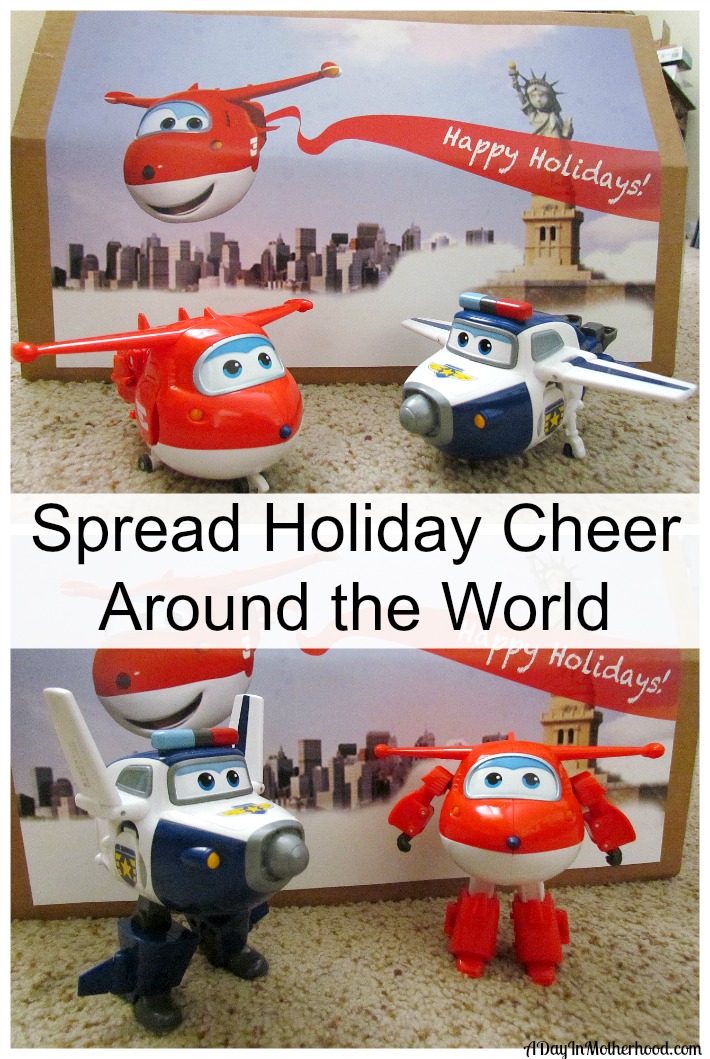 Do you travel for the holidays? We’re not headed anywhere this year, but we’ll pretend we’ve traveled the world with Jett and his plane pals. Auldey wants you to enjoy some travels this holiday season too! Visit the Auldey Toys Facebook page to enter their giveaway for a Super Wings Prize Package including a $100 travel voucher.