I received Built-a-Bot Bugs for review. All opinions are my own. 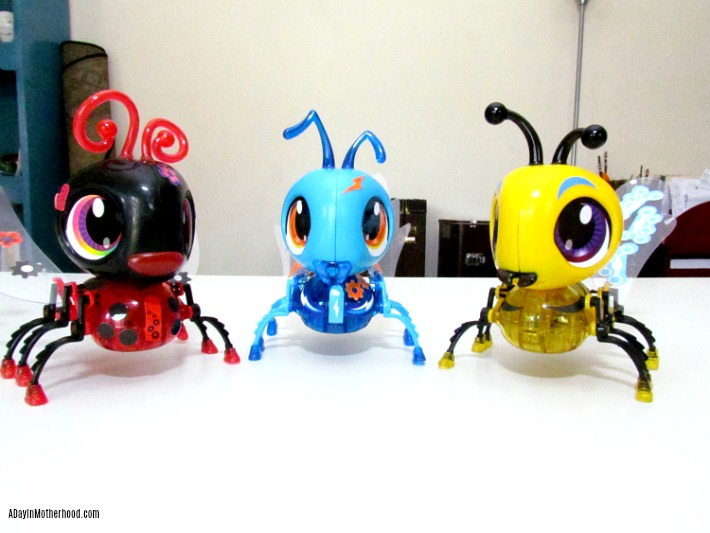 Lately, my kids have really gotten the bug for robots. Ever since an infrared powered robot entered our home, it’s been one after another. Our latest find has been the Build-a-Bot Bugs from Colorific.

The first thing I loved about these bots was the colorful and thorough instructions. It even includes where to put the stickers to decorate the bugs, however, my kids viewed those as more of a guideline. 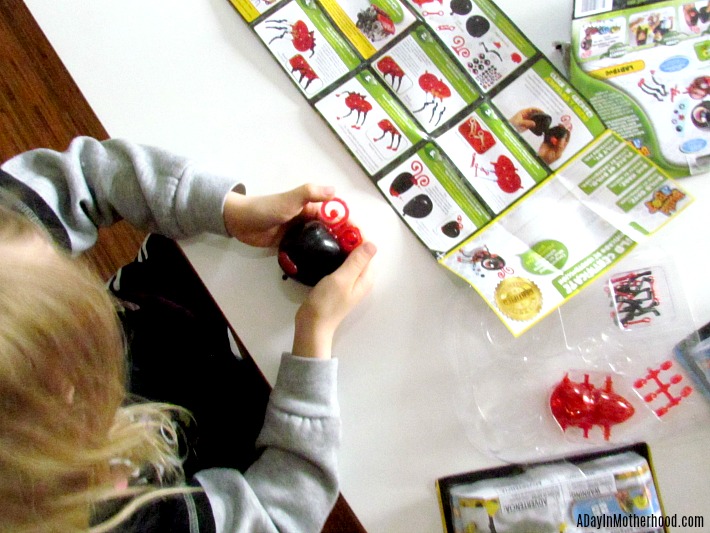 We learned quickly that if we didn’t follow the directions, we might have to restart to put the pieces in so they fit, and actually look like a bug. The excitement took over and we had an antenna-less bot the first go around.

For kids who can read, the Built-a-Bot’s are a self-guided no-parent-needed fun toy. For kids who like to think they can read, but will only look at the pictures, a little guidance from a parent may be needed. However, the instructions and pictures are easy to follow for the patient child. 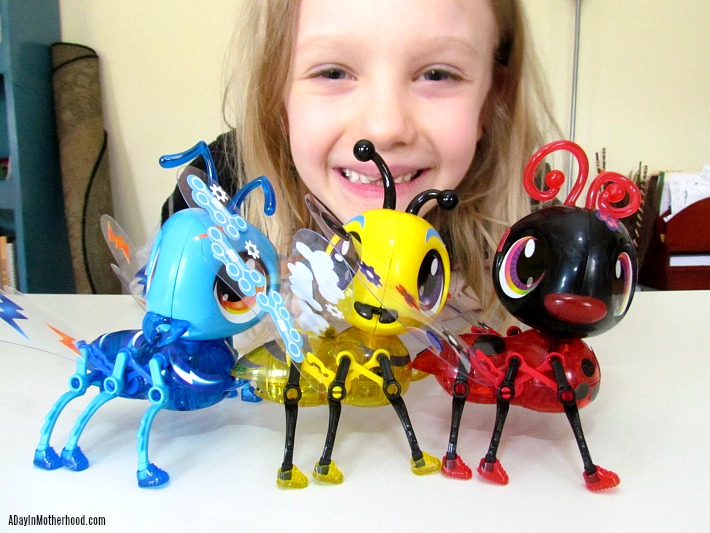 The bugs are fun to build, and with three different build-a-bots, it’s a collection of bugs the kids thoroughly enjoy. Once we got the Ladybug figured out the Scatter Ant and Buzzy Bee were quick to build. The three bots can hook together, creating 1 long bug. The heads are easily removable, though my kids thought that having a 3 headed robot bug was pretty cool. 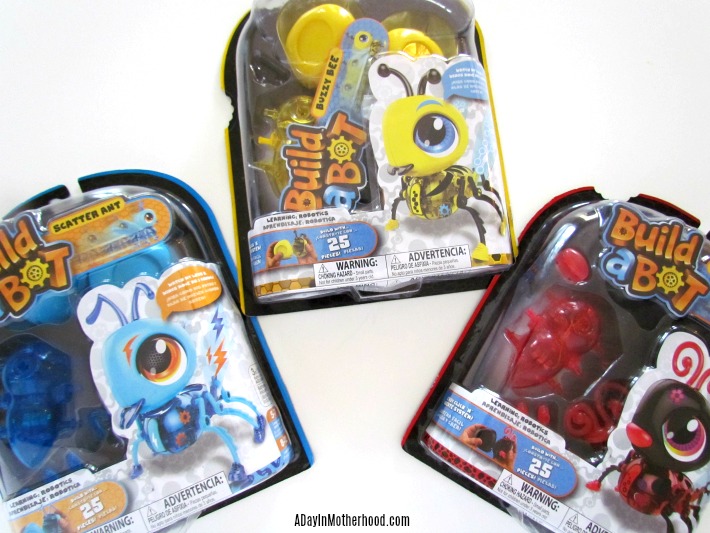 The only downside to these bugs, is that once they are built they don’t really do much. You can turn them on and off, and watch them scurry around the table, but that’s it. That being said, the kids think they are pretty awesome, and love just how fast they scurry. The way the legs attach to the body is in itself a science lesson. If just one leg is put on wrong, the bot will not move correctly, or the legs will fall off. No one wants bug parts falling off!